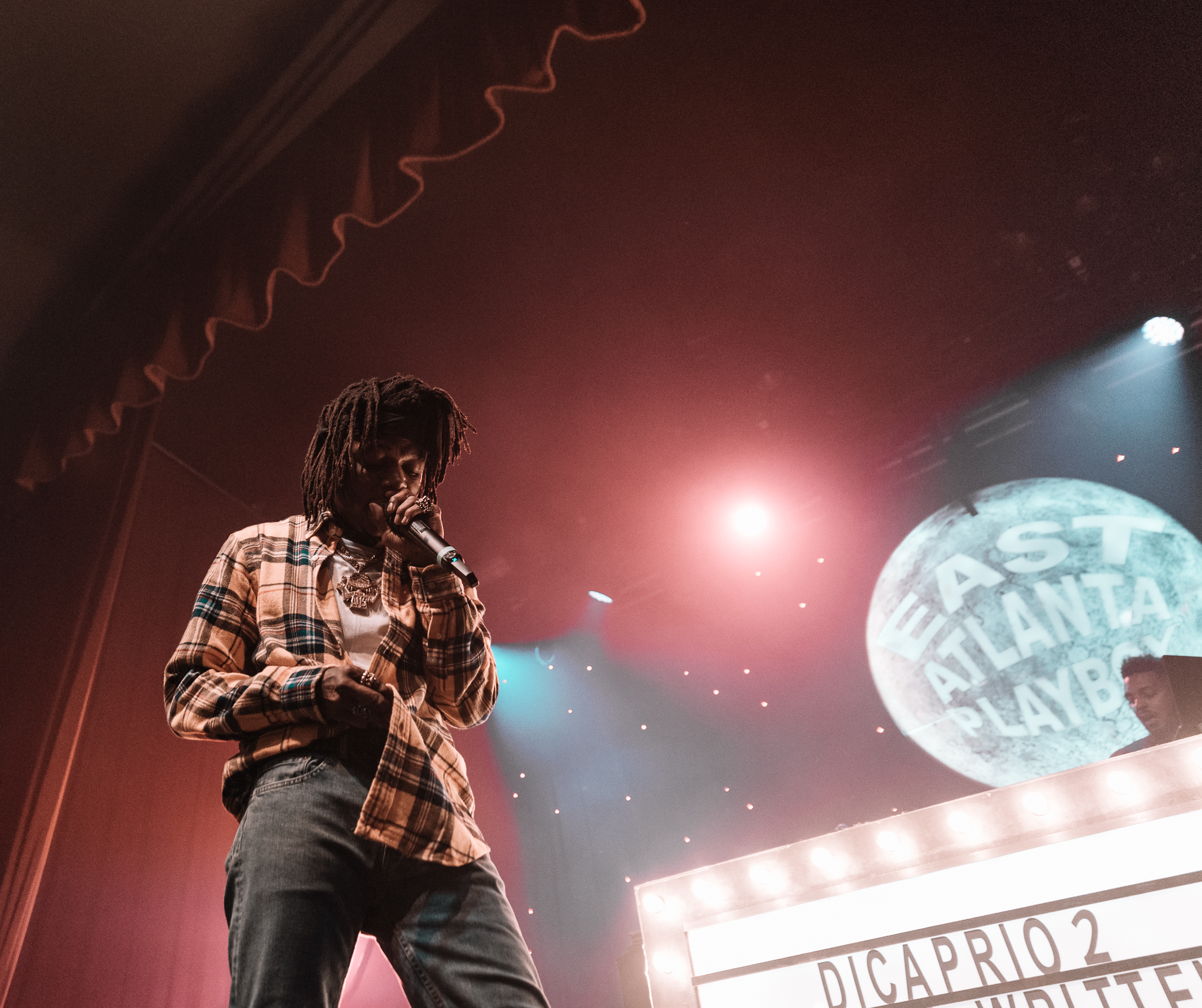 On Tuesday night Manchester’s O2 Ritz venue had a very special guest as recently Grammy nominated rapstar J.I.D came all the way across the pond from America as part of his ‘Catch me if you can’ world tour. The ‘East Atlanta Playboy’ has had a whirlwind of year and truly on a meteoric rise to the top of the rap game after joining Interscope records and J.Cole’s Dreamville Records and also taking part in the ‘Down Bad’ single with fellow Dreamville members which, as mentioned before, has been nominated for this years Grammy award for Best Rap performance. After the success of his most recent album DiCaprio 2 this tour was widely sought after from many of the stars fans and this was proven as he sold out many dates across Europe, support for the night came from Grip and Dormani.

The night was full of insane amounts of energy from both J.I.D and his fans as he took to the stage performing hits like ‘EdEddnEddy’, ‘151 Rum’ and even a cover of Earthgang’s ‘Meditate’ track which the audience went crazy for! Fans were quite literally clawing over the barrier for a chance to touch J.I.D as he shot back and forth across the stage and had those in attendance eating out of his palms as the night went on, J.I.D would go on to perform several more fan favourites like both of his tracks with superstar J.Cole, ‘Off Deez’ and the clear fan favourite of the night ‘Down Bad’. J.I.D heroically even stayed behind in the venue after the show had finished to meet those who had he spent the night performing to and showed his gratitude to them for showing up and partying the night away with him.