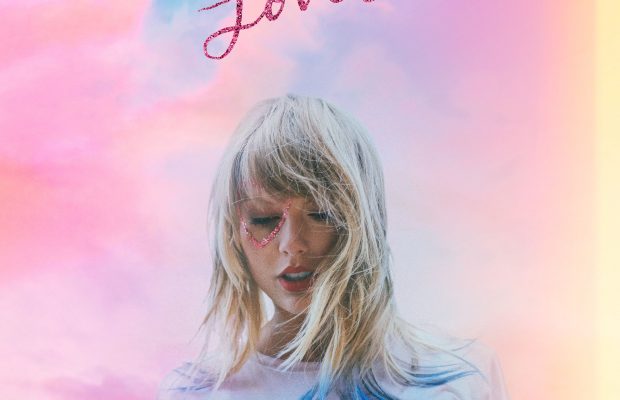 Miss Taylor Swift is far from new to writing music, and far from new to being in the spotlight, but that does not stop her from bringing something new to the table with every release. Her new album Lover really does “step into the daylight and let it go,” addressing personal relationships, heartbreak, sexism, love, profound struggles and triumphs in a way that surpasses all of her previous releases.

Swift’s longest release to date, Lover caps off at 18 tracks, a whopping 61 minutes and 48 seconds of incredible art. On this album, Swift has incorporated the widest variety of sonic styles, bouncing back and forth between upbeat and bubbly pop songs like “ME!” and “I Forgot That You Existed,” and more matured, smoother songs like “False God,” and “Miss Americana & The Heartbreak Prince,” both of which feel to have an alternative, darker pop style similar to that of Lana Del Rey, Halsey, or Marina.

Over her thirteen years of music, Swift has constantly been under a scrutinizing light from the media, questioning and ridiculing her every move. With the release of reputation, she chose to shut out the media, doing a press black out and refusing to let the media into her world. With Lover, she has done the complete opposite. Swift has been transparent in interviews, and even more transparent in her songs. She is not holding back information, and she is not holding back how she feels, with good reason.

On the fourth track of the album, “The Man,” Swift addresses the double-standards in the music industry and the media (and frankly, in every aspect of our society), where women are expected to work exponentially harder to even be recognized as equals among men. What’s it like to brag about raking in dollars, and getting bitches and models? And it’s all good if you’re bad, and it’s okay if you’re mad. If I was out flashing my dollars, I’d be a bitch, not a baller. They’d paint me out to be bad, so, it’s okay that I’m mad. Swift is fed up with the way women are attacked for doing the same things men are praised for, and she does not hold it back. At the same time, she keeps the track fast-paced, upbeat, and fun, which makes it a strong contender for the next single from Lover.

Three years into her relationship with English actor Joe Alwyn, Swift is loud and proud about it – including songs like “London Boy,” which is a bouncy, fun track to all of Swift’s favorite English things (especially her man). On another track, “Paper Rings,” which is very reminiscent of “Stay, Stay, Stay,” off her release Red. It is a bouncy, dancing-in-your-bedroom, singing-into-your-hairbrush type of song that Taylor Swift fans are bound to adore.

Of course, the title track of the album, also the most recent single, is definitely also about love. A ballad that is entirely self-written, “Lover,” very strongly parallels the title track of Swift’s third album, Speak Now. Light and airy, the track feels like walking on clouds down the aisle at a fairytale wedding. The bridge alone is enough to give any Swift fan chills – Ladies and gentlemen, will you please stand?  With every guitar string scar on my hand, I take this magnetic force of a man to be my lover, Swift belts out over what sounds like staccato harp notes or pizzicato on a violin, small notes being plucked in a way that is nothing short of angelic in sound.

Swift’s vulnerability does not stop with her relationship, however, on this album she has let fans into the hardest parts of her life as well (something she has done many times, but never to this extent). From the first single, Swift hinted at a Dixie Chicks feature. No one knew until now, the significance of that feature, however. “Soon You’ll Get Better,” comes at about two thirds of the way through the album, and brings bubbly, fired-up fans back down to earth for a brief few moments. The song is an  ode to Swift’s mother, Andrea, who Swift recently revealed has had a relapse in her ongoing battle with cancer. The Dixie Chicks, who Swift cites as a group she and her mother listened to quite a bit when she was a kid, so her choice to incorporate them into the slow acoustic piece holds some very strong personal significance. The song appears to be a letter to Andrea, very somber and personal, with Swift singing about how much she admires [her mother], and how she is longing for her mother’s recovery for the sake of her mother, her family, and herself.

Swift has incorporated very stripped down songs, very done-up songs, but something very notable throughout the album is that quite a few of the songs have a very “shimmery” chiming/ringing/echoing incorporated into them, making them feel almost ethereal. “Daylight,” “Cornelia Street,” It’s Good To Have a Friend,” and “Afterglow,” among others incorporate this style.

Regardless of what song on the album is being played, regardless of the order, regardless of the style, each song on this album holds so much significance in Swift’s career. On the way to her 30th year,  her growth as an artist, musician, woman, and person is radiant, and Lover exemplifies that in every way possible.