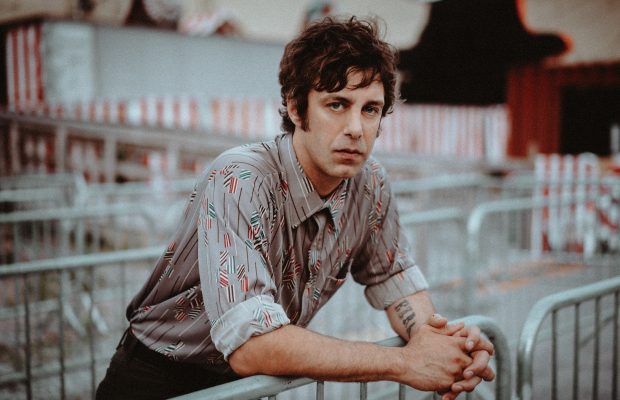 Nashville singer and songwriter Jeremy Ivey will release his debut album The Dream and The Dreamer on September 13 via ANTI- Records and will then set off on tour with Ian Noe this Fall.  Recorded in a “little bitty house studio” in Nashville and produced by Ivey’s wife Margo Price, the nine-song album hosts a collection of homespun, deeply introspective tracks. Ivey, who writes prolifically and ideally wants to release an album a year, cites everyone from the Beatles to Neil Young, Leonard Cohen, and Bob Dylan as influences. Rolling Stone has spoken of Jeremy saying, “Jeremy Ivey has long been one of Nashville’s most beloved behind-the-scenes musical magicians … Ivey’s lyrical approach is both narratively vibrant and heavily poetic.”  Hear his wistful new song “Greyhound” feat. Margo Price below.

Beneath the album’s generally up-tempo exterior, though, lies a deep preoccupation with the news cycle and problematic nature of Manifest Destiny. “I wrote ‘Diamonds Back To Coal’ during a very frustrating week in America,” Ivey said. “It was the week that the Vegas shootings and the alt-right march happened. The slogan ‘Make America Great Again’ is an influence on the chorus. [Because] if anything, we’re making the environment worse. When we came and infiltrated the Native Americans’ way of living, we started reversing the beauty that this land had. It has to do with modern man being a trespasser.”  Regression is admittedly a difficult notion for Ivey, who moved away from his conservative Georgia home after high school and bounced around, primarily doing prep work in kitchens.  The harmonica-accented track “Story Of A Fish” chronicles Ivey’s personal diaspora, specifically relating to his upbringing.  “I’m adopted, and I think that I always related with the story of salmon and how they’re born,” he reveals.  “The idea of being born far from your home, you know? You were born here, but you gotta get elsewhere. That’s the way I always felt. I always felt that I was born in the wrong place to the wrong people at the wrong time.”  Meanwhile, Ivey is invested in his own version of the American Dream—specifically, offering up a melting pot of genres, ideas, and stories.  “The best thing I could say is that I’m trying to fill the holes that I can see in the scene,” he says.  “Whether it be Americana or country or rock or whatever. There’s a certain type of song that isn’t being written.”  You can follow Jeremy Ivey and stay up to date with all artist  album and tour news via the following links.  Check out the tour dates below for his upcoming tour with Ian Noe below.  Photo credit: Cal & Aly.
Website | Facebook | Instagram | Twitter | Spotify | Soundcloud | iTunes/Apple Music | YouTube | Deezer | Google Play | Bandcamp