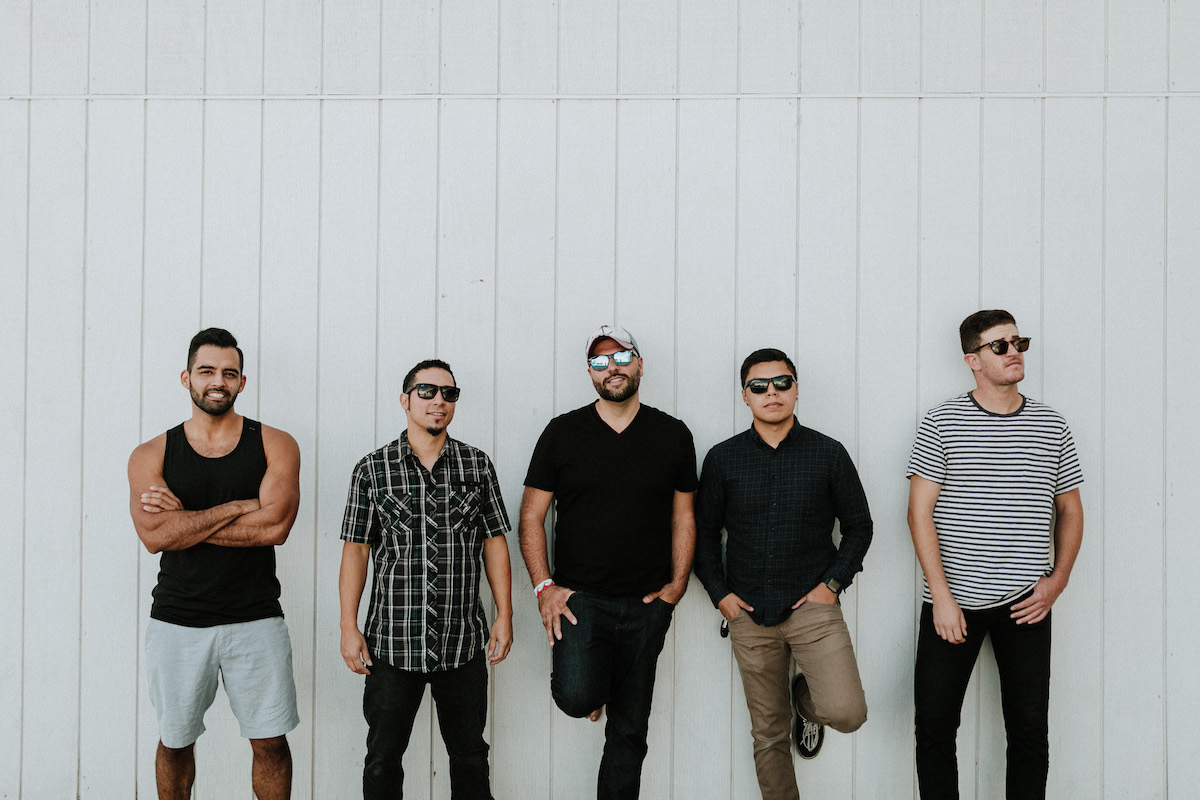 Sunny State captures a fresh modern reggae vibe through their energetic and positive songs of love and empowerment.  With powerful vocals, ukulele and guitar, Sunny State brings their island vibes to each and every gig.  Their diverse line up of songs tantalizes the ears in English, French, Spanish and even Croatian, using the island heritage of their front man “Cristo”, Chris Reed, whose family originates from an island in the Adriatic Sea.  Sunny State was officially formed by Chris Reed in early 2019 when Reed was asked to open for a friend’s new band for their debut performance.  Chris had been using live bands to back himself for years, but this time was different for him.  The positive vibrations of the reggae music fit perfectly with him as it once had and he knew he needed to make this a regular thing.  He began reaching out to former band-mates and friends and, piece by piece, Sunny State was born.  In fact, when the band was first formed and Reed headed into the studio and they had done three performances, it wasn’t until their fourth performance when fans asked, “what’s the name of your band?” and Chris blurted out “SUNNY STATE” to the surprise of the rest of the group.  The concert was part of a 4-set series Chris was playing that day.  In between sets, he had set up the Instagram handle—he just hadn’t told the rest of the band yet.

Front man Chris Reed is no stranger to the stage as his bands have opened up for groups such as Tribal Seeds, The English Beat, Collie Buddz, Iration, Eek a Mouse, Booker T and Dirty Heads.  He has performed multiple times atThe Catalyst (main stage and atrium) and Shoreline Amphitheater and toured the West Coast, South America and Europe as a solo artist.  His song “17” was played at Miami’s Fashion Weekend after a video interview was featured on MTV’s website, along with this statement: “Relax and unwind with … their smooth, reggae-inspired NorCal jams.”  Reed has recorded eight studio and live albums/EPs and is excited to be in the studio as Sunny State recording at Redwall Studios with engineer/producer Ryan Palma (Akon, OMB Peezy, Kruel Summer).  Reed is excited by the passionate and friendly confidence Sunny State brings to every performance and their ability to bear their souls through fresh reggae grooves mixed with rock and world vibes.  Sunny State spans a wide range for their audiences and takes it an extra step further by mixing in broken down/acoustic performances as well as full band sets from venue to venue.  The band recently released their latest single “When You Know”, a romantic, upbeat ode to Reed’s wife, and calls on the first time they met, and those carefree days of being young and in love.

“When you know” is the true story of when my wife and I first got together 18 years ago”, says Reed.  “[It’s] about when you first see someone and just “know” that that is the person you’re meant to be with.  Once [my wife and I] began speaking, we ignored the world, staying up until sunrise and sneaking in to each other’s rooms, just to be near each other.  “When you know” is about being young and free.”

You can follow Sunny State and stay up-to-date on all upcoming band, music and tour information, as well as stream and purchase their music, via the following links.  Photo Credit: Arabela Espinoza.

One thought on “Sunny State release new single “When You Know””