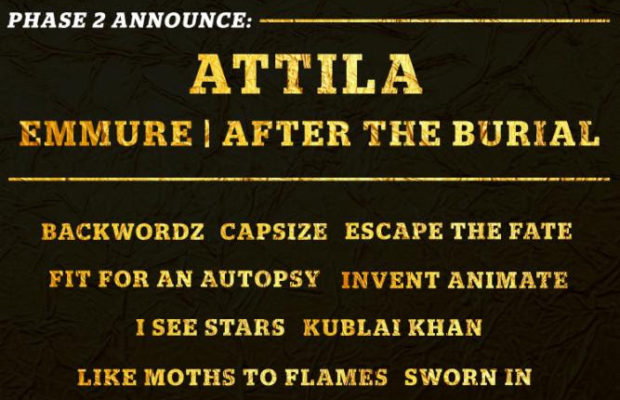 So What?! Fest just announced the second wave of artists set to play the festival! Capsize, Atilla, and Escape The Fate were among those to be announced today and more artists are still waiting to be announced! The festival is happening March 24th – 26th in Dallas, Texas and passes are available here.