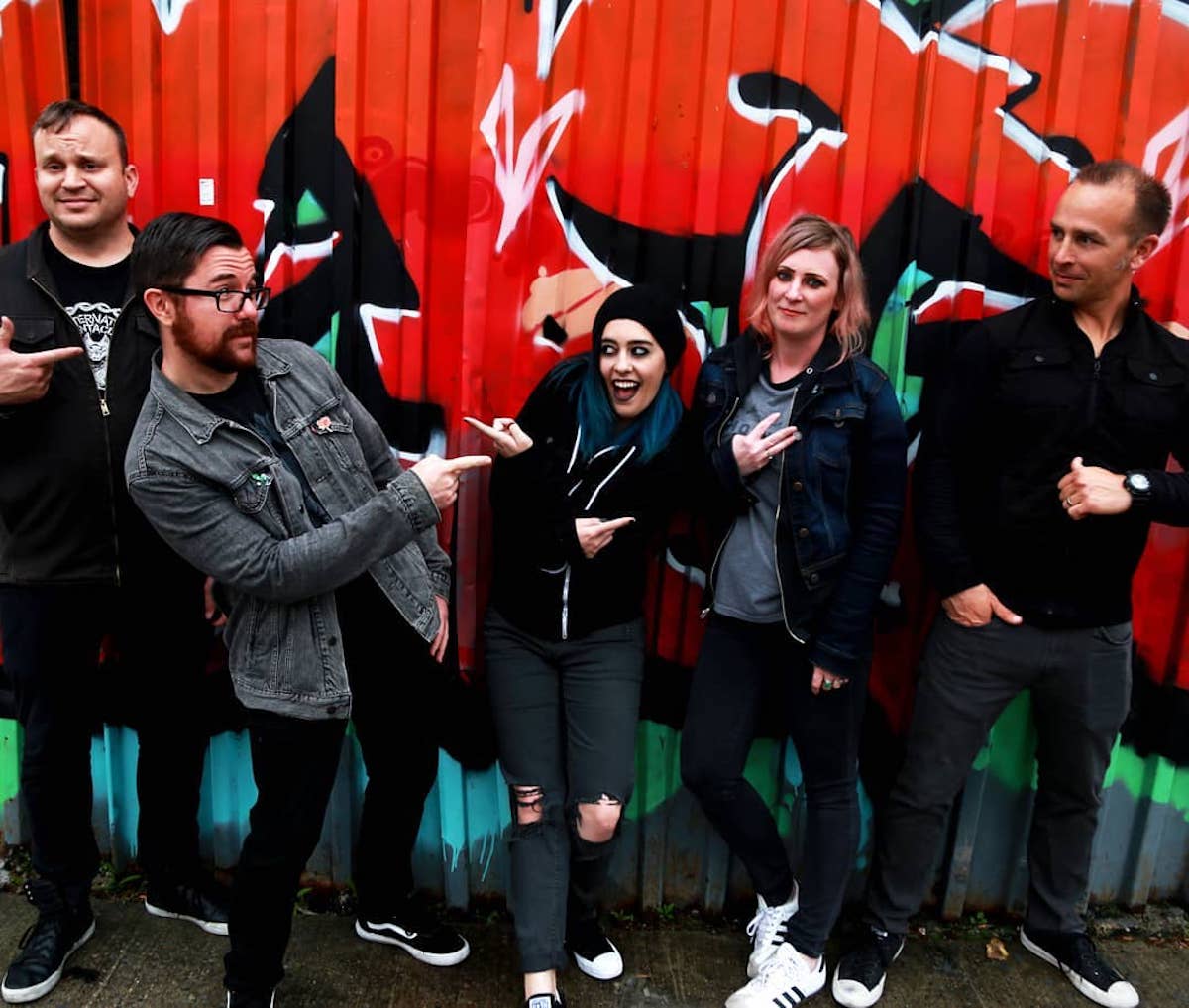 Northern California’s punk rock cult favorites Tsunami Bomb are back with The Spine That Binds, their first new LP in 15 years.  The LP, which was produced by the band and mixed by Jack Shirley (Deafheaven, Joyce Manor, Jeff Rosenstock), is out today on Alternative Tentacles.  With the long-awaited third full-length release, The Spine That Binds, Tsunami Bomb have proven that this latest chapter of the band not only embraces their signature style of aggressive pop-punk supplemented by a touch of darkness, but has taken it even further.  Honing their skills of melody while being more in-your-face and more aggressive than ever, they conjure a dark journey of discovery with each track.  Originally formed in 1998, and disbanding after many member changes in 2005, Tsunami Bomb reformed at the end of 2015.  This new release finds the quintet brought to life with the return of founders Dominic Davi (bass/backing vocals), Oobliette Sparks (keyboards/co-lead vocals), and Gabriel Lindeman (drums).  Joined by Kate Jacobi (lead vocals) and Andrew Pohl (guitars/backing vocals), they combine their skills to create a sound that effortlessly mixes dark musings on the search to find one’s place in an increasingly uncaring world, into unforgettable anthems, calling on you to get up and sing-a-long.  The Spine That Binds opens with the band’s ominous declaration of their return to life in the album opener, “Tidal”, while the first single, “The Hathors” is a heartfelt rejection of the expectations and the demands that have been placed upon them.  The band doesn’t hold back from there, calling out their detractors and drawing lines in the sand with aggressive tracks like “Naysayers” and “Dead Men Can’t Catcall.”

Tsunami Bomb continues to express its discontent with the world that is unfolding around them with some of the catchiest songs on the album like “Sinkhole”, “Phosphene” and “Lullaby for the End of the World”, while still taking time to mourn those they have lost along the way on the deceptively upbeat “Last Call” and the heartbreakingly haunting “Wake The Dead.”  While they address the need to move on in the dizzyingly intense and melodic “Petaluma,” in the end they resolve to stand and fight in the anthemic chant heavy title track and album closer, “The Spine That Binds”, that makes it clear this time it’s their story, their fight and their song.  The Spine That Binds is not asking for your acceptance, it demands it.  This album will scratch the itch of all the die-hard fans looking for that familiar Tsunami Bomb sound, but also show a new, angrier and brutally honest side of the band.  With the support of Jello Biafra’s legendary punk rock label, Alternative Tentacles Records, Tsunami Bomb has not only heard your call, but they are also ready for the newest chapter to unfold and they are taking us all with them.  You can follow Tsunami Bomb and stay up-to-date on all news, as well as stream and purchase their music, via the following links: