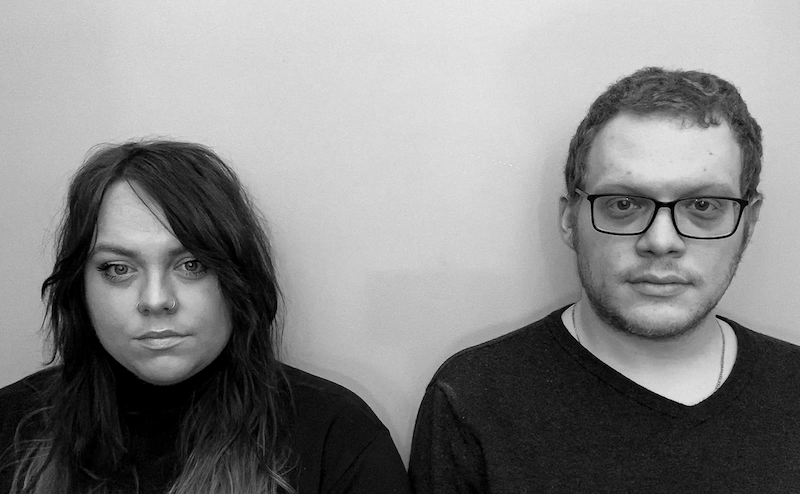 Merging the intricate digital elements of trip hop and electronica with the live elements of soul music and vocal performance, Philadelphia duo DECOUPLR recently announced their debut album DIGITAL BONFIRE (out February 2021) and released their first single “Cold Sweat”.  Beginning in West Philadelphia just last year, DECOUPLR came to be when they realized that meshing Bailey Walker’s long history of live vocal performance with Adam Laub’s world of electronic music (and electronics in general) created a unique sound altogether.  Their debut DIGITAL BONFIRE is an 11 track album that offers a fresh take on the digital meeting the physical.  The debut single “Cold Sweat” contains layers of sound that mimic the stacking emotions of a dissociated anxiousness.  The intro synths establish an icy numbness, joined by the restless clicking and driving of the trip-hop styled drums, and topped by the contemplative sigh of singer Bailey Walker’s vocals.  Every part of the track is designed to manifest the band’s greater message of a technology driven lifestyle, something many people have been experiencing more and more with communication in the current pandemic.  “I used mellotron flute samples to create the main synth line mixed in with 808 drums and other digital sounds to give the modern electronic sound a vintage feel,” says Laub.  “The tape hiss cutting in and out over the track with the sub drop of the kick drum also serves to create the dissonance between electronic and physical.”  “I thought about the concept of distance in a modern technological world, “ explains Walker.  “To me, “Cold Sweat” is an intersection of the whirling uncertainties of this year colliding with a desire to be vulnerable with our closest friends.”

Influenced by musicians like Trent Reznor, Sylvan Esso, and Flying Lotus, DECOUPLR’s DIGITAL BONFIRE ranges from dreamy and sweet with tracks like “Keepsake” and “Osage”, to punchy and playful on “Changes” and “Punchline”.  The album draws from the helpless feelings of countless pandemic hours spent sitting on voice chats and video calls, while at the same time snarkily expressing the hopefulness found in the changing forms of communication within our closest relationships.  Lyrically, Walker opens up about everything from nomadically moving around the country, to growing up with touring musicians, to the feelings of dread and anxiety we have in our everyday conversations.  Musically, Laub pulls deep, live sampled hip hop drums, mellotron flutes, vintage synth pads and twinkly arpeggiators to create a palette of electronic sounds that range from hip hop to dance.  The digital age is a tether that keeps people connected no matter where they are, and DIGITAL BONFIRE explores the ever increasing feelings of loneliness that are associated with this new connection.  It embraces the oftentimes cold nature of electronic music as a framework to express the very real feelings we have surrounding the uncertainty of our modern world.  You can connect with DECOUPLR via the links below:

ABOUT BAILEY WALKER
Inspired by musicians such as Lianne La Havas and Talking Heads, Bailey started her solo career in Savannah, GA performing with local musicians Rich Animals. After recording a solo EP under the name Bailey Mae Walker at Low Watt Recording with Sean and Brendan Kelly of A Fragile Tomorrow, Walker moved to Philadelphia and began performing live with local neo soul group, Likebirds.

ABOUT ADAM LAUB
A long time resident of the Philadelphia music scene, Laub played drums in local wacky indie pop band, OhBree, before starting Sleepless Sound Studio with other Philadelphia area recording engineers. Laub has released electronic and trip hop music under the name <radioaddict> and annually produces and performs in a 24 hour long live streamed noise and ambient music performance as a member of the noise and ambient music collective, Tidal Archive.