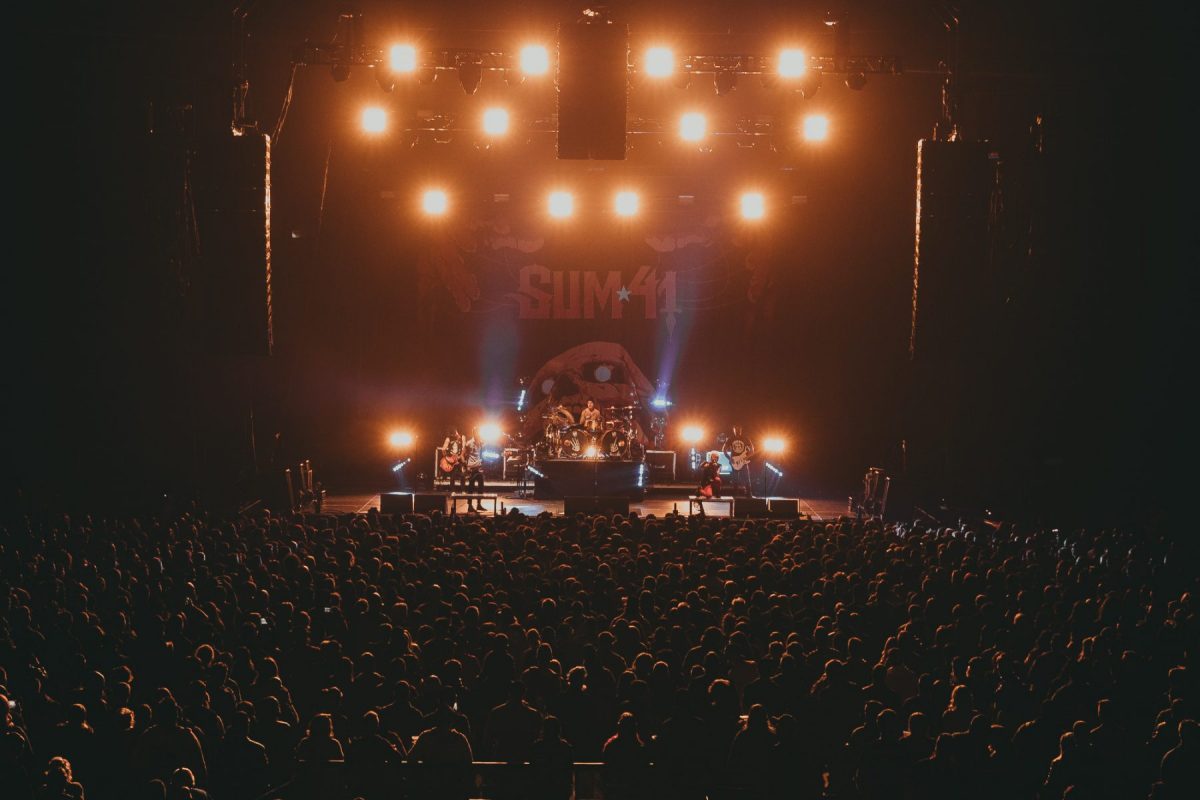 Word and Photos by Mike Thomas

For as long as I can remember, I’ve loved Sum41. The angst-filled five-piece performed in support of The Offspring on their two-week tenure visiting the Canadian “Extended Family” of cities as Lead singer Deryck Whibley put it.  While I personally had not seen sum41 since 2012, I wondered if they still had the ability to electrify a large audience. As I conversed in the photo pit with the other photographers and the thousands in attendance behind us. Suddenly In theatric fashion, the lights dimmed, the audience erupted with excitement. The band made their way out of the shadows onto the illuminated stage.

With each member dramatically making their entrance, the group opened with a new track, Turning Away. The audience seemed almost unexcited, while the general age of this Sum41 show was much older than the usual tours across North America. The crowd seemed hesitant at first, eventually warming up to the Ajax Ontario natives. As the band was taking a moment to drink the moment in,  Deryck quickly made the noise with his mouth as if he was “spitting”, and the band swiftly transitioned into The Hell Song. Within seconds, Bodies began surfing over the barricade, the next few minutes happened very quickly, and the next thing I knew, I was being directed out of the photo pit.

I entered the crowd and moved directly to the stage, fighting my way to find a better vantage point. I recounted all the instances where this band mattered most to me in my life. As each song was performed, I would recall warm memories from my younger years, and even attending the 10 year Does this Look Infected Tour while in college.

Overall, Sum41 still has the ability to electrify an audience. While the strength of their live performance will be in the hits from a different era, this band still writes great music. Covering five albums and including their classic cover of We Will Rock You. They certainly delivered on all aspects of a rock show performance, with an alternate stage in the back of the arena and a well lit main stage, The group concluded their set with a string of hits. In Too Deep, Fat Lip, and We’re All To Blame. in true showmanship, the group put their hearts into the end of their set and made their way off stage with arena roaring behind them.