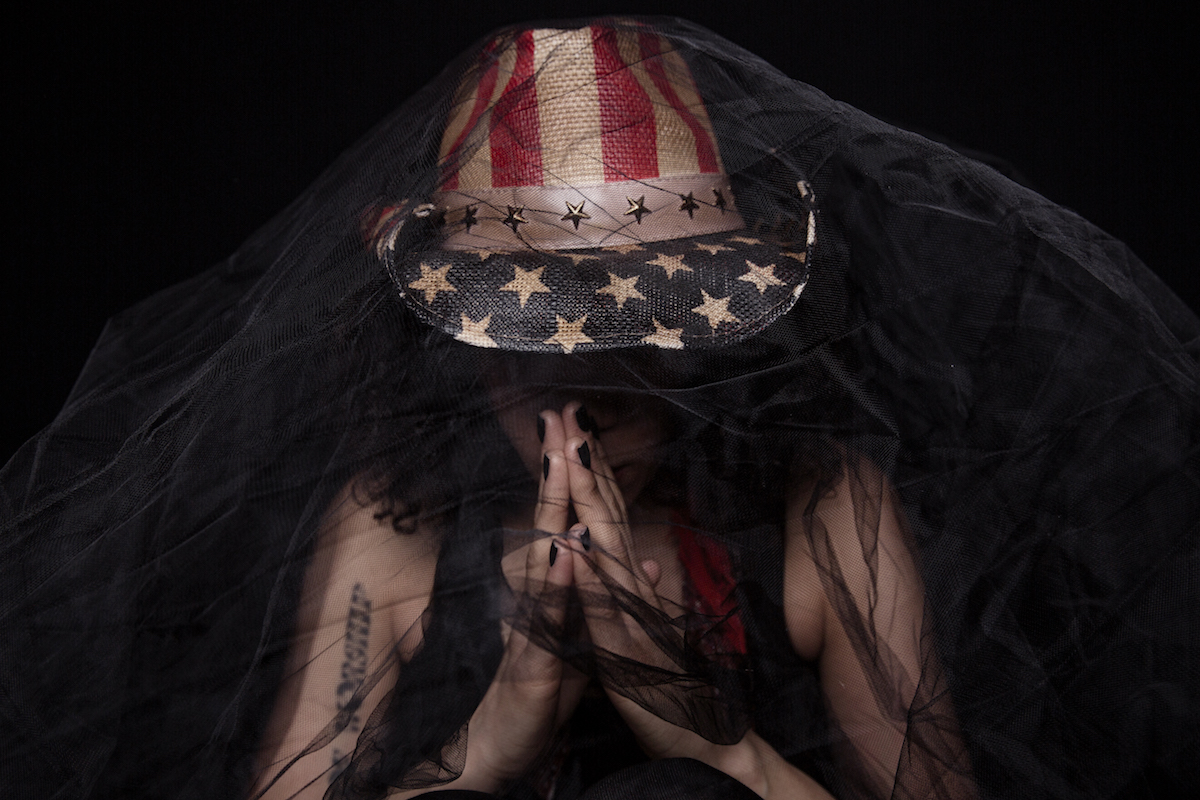 New York-based singer and multi-instrumentalist Imani Coppola cultivated a love of music at an early age, with a jazz musician father, bass playing mother and siblings who were also musicians.  While in college, Coppola was introduced to producer Michael Mangini, who was known for his work with Digable Planets and went on to cut three demo tracks with the band that got the attention of several labels.  In 1997 she signed with one such label, Colombia Records, and released her debut single “Legend Of A Cowgirl”.  Within weeks of it’s release it charted in the top 40 on Billboard’s Top 100, as well as achieving international success.  In October of that year, she released her debut album Chupacabra to critical acclaim and drew comparisons to De La Soul and Nenah Cherry.  She parted ways with the label in 2000 and started recording music at home and went on to be a part of the band supporting Sandra Bernhardt in her Off-Broadway production of ‘The Love Machine’, stared in the movie ‘The Singing Biologist’ as the main character Rose and has collaborated with various artists on their music.  Although she has operated as a mostly independent artist over the past several years, she signed to Mike Patton’s label Ipecac Recordings in 2007 and released her eighth studio album The Black & White Album, her first easily available release since her debut album, to favorable reviews.

She recently re-signed with the label to release her latest album The Protagonist. An album for a sunny day in the depths of an inevitable dystopia, The Protagonist radiates with a sense of urgency and inspiration – every song fraying at the edges from Imani‘s barefaced need to deliver her message, coming from a place of love, hurt, deep emotion, or a momentous compulsion to be as  abrasive as possible.  As a mirror to her sense of urgency and chaos, The Protagonist shifts genres like a gymnast, flawlessly morphing from the Country hoe-down of “Blackteria” to the rhythmic 60s girl group of “Rattle” to the piano-led balladry of “Contributing Member of Society” without a misstep or tumble.  Today sees the premiere of Coppola’s remix of her single “Contributing Member of Society” that dons a wistful posture and drunken country twang with lyrics that don’t candy-coat Imani’s perceptions and hopes.  “I wanted the remix to sound like Avicii’s “Wake Me Up””, says Coppola.  “I thought country and dance was an interesting clash of musical genres that could work for this song.  I asked producer Richard Maheux to do it knowing he was very experienced with that type of dance sound having toured as Enrique Iglesias’ keyboard player for so long.  He got his friend Frank Young to play the banjo, which at first felt a little on the nose, but ended up sounding just as sarcastic as I am.  So I ran with it.  The beauty of a remix is allowing the producer to do what they want with a song without the artist’s input, enabling them to see their own creative vision through.  I owe him a painting for his hard work.”  You can follow Imani Coppola and stay up-to-date with all upcoming artist, music and tour news, as well as stream and purchase her albums, via the following links: