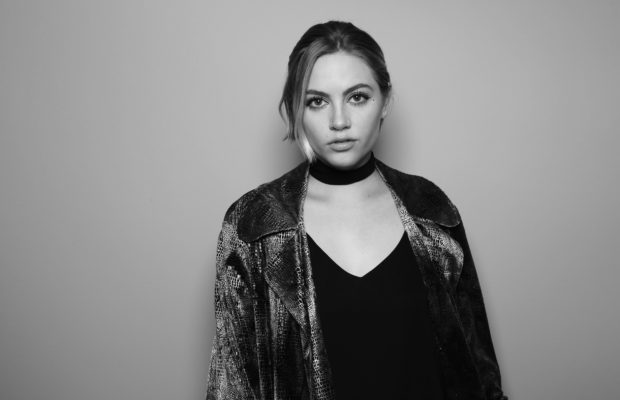 After discovering her love for photography in school, Paige Wilson eventually merged her love for music and passion for photography together, shooting her first show back in 2015. Giving her own personal style and flair into every photograph she snaps, Paige opened up about how she found her unique point of view and knack for capturing rare moments through the lens.

I first took an interest in photography when I was about 12. I remember going on a family vacation and being obsessed with the camera– I had to shoot everything. From there, I got my own little camera and took photos of nature and still life wherever I went which later evolved into portraiture and the rest is history.

I’ve taken my fair share of photo classes. I actually got to learn the ins and outs of film photography through courses in high school and again in college, which really helped sharpen my technical skill. I’ve also learned a lot of studio lighting techniques from classes, but I would argue that I have learned the most through hands-on experience and trial and error.

Not entirely, no. I agree that some fancy lenses, gear or editing software can enhance a photographer’s skill and make for better effects on images or image quality, but in the end, you’ve got to have an eye for it; ultimately, it is the photographer not the gear, I’ll always stick to that belief.

The first show I photographed was The Griswolds with Wild Party at The Observatory in Santa Ana, CA on July 6, 2015.

Yes, absolutely. For the most part, I have a say in what I shoot or who I work with, and my taste definitely contributes to that. I love working with artists that I listen to, but I also love finding new music through photography opportunities as well.

Maybe I would call it “imaginative documentary”? I suppose that’s a bit of a juxtaposition, but more than anything, I try to capture the aura of a moment as opposed to what our eyes precisely see. I think it’s really important to portray the emotion or the feeling of a moment using color, composition, or special effects. It’s exactly why I love using enhancers like prisms, or editing techniques to really paint my images with the mood that the moment held in person.

That’s such a hard question. I’ve noticed that my particular favorites are not usually everyone else’s picks. But, I am particularly proud of my triple exposure photos of The Struts. They’re a really successful representation of my style and people responded extremely well to them, which is always a plus.

I used to be more involved with the idea that I needed to work hard to stand out because of the amount of people in this industry, but I think that a photographer’s work– especially if it has a memorable style– speaks for itself. Beyond actual art, I think its really important to network and create positive relationships with the people around you, which I find enjoyable; I’ve met so many friends through my work.

Firstly, just keep shooting. Everything. All the time. Secondly, know that your work has actual capital value and don’t undermine that by continuously working for free. Thirdly, work through your doubts. Don’t stop, even when you feel like selling your gear and getting a “real” job.