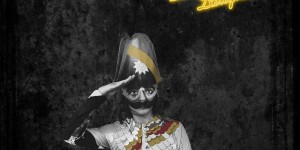 “Beekeeper’s Daughter” has a feel-good vibe to it that has Tyson Ritter’s unique, well crafted voice wonderfully meshed into the song. The lyrics “You’re a pretty little flower, I’m a busy little bee” basically scream out adorable. Not to mention that the more orchestrated bridge leading into the chorus is extremely catchy and something we haven’t heard from The All-American Rejects in the past. Overall, Beekeeper’s Daughter is definitely an all around catchy song – with the short “La la la da da” already getting stuck in my head. Hopefully “Beekeeper’s Daughter” is a clear window into Kids In The Street, because if it is I’m certain that it will be one of the best releases of 2012.

Be sure to check out the interview we did with the band by clicking here!