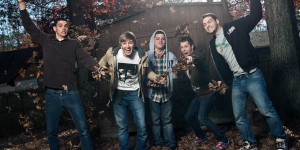 New Jersey pop punk band I Call Fives will be releasing a new 7″ called Someone That’s Not You on March 20th via Pure Noise Records. Included will be two new songs, an acoustic, and a cover of “Hows IT Going To Be” by Third Eye Blind. A full length record should be expected by the band in June as well.