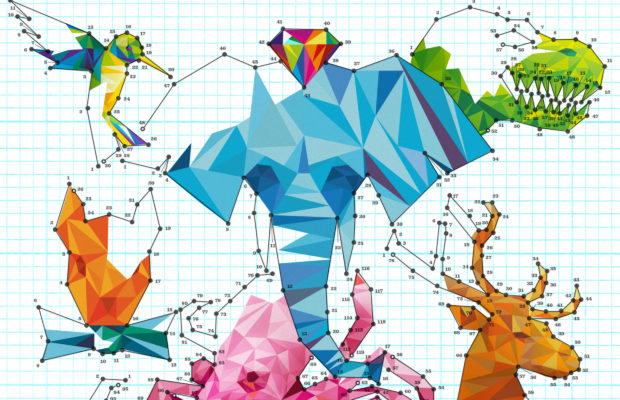 The New York based five piece band, Misterwives, delivered fans with a quite notable debut release just over two years ago. Garnering attention for their rock ‘em, sock ‘em musical style and positively inspirational lyricism, Misterwives have a lot of pressure on them to deliver an even better record this time around. Connect The Dots was created in the band’s renovated long-time basement studio — which they called “band camp.” There, Misterwives were able to focus solely on the songwriting and thoughtful creation of their sophomore record. However, summer doesn’t last forever, right? When the fall came around, the band up and moved into a house in upstate New York where they transformed the living room into studio #2. At the beginning of the year, Misterwives returned with new music and a new direction and fans are eager to hear the complete package.

Debut single, “Machine” kicks off the album and leads listeners in the right direction towards the new Misterwives. Lead singer and songwriter, Mandy Lee speaks of the track as “a rallying cry to stand against a world that suppresses individuality and diversity. This song embodies the movement of celebrating our differences, staying true to yourself and to always stick it to the Sith Empire.”

Misterwives are known for their politically and social aware lyricism and use their musical platform as a way to tackle the hard hitting issues we face in today’s society and “Only Human” is a song that does just that. As the title suggests, we are all only human and can only handle so many things. Lee’s powerful vocals blend beautifully with the horns of Jesse Blum and Mike Murphy.

The record as a whole deals with many issues no matter how big or small. From Lee’s profession of love to her fiancé and the band’s drummer, Etienne Bowler, in “Drummer Boy” to the story of familiar bonds and mental illness that is told in “My Brother.”

The album concludes with the 80’s inspired, synthesized, distinctly Misterwives song “Let The Light In.” In just over five minutes, the band takes you on a roller coaster of sounds through the slow build up to the closing half of the track which sounds straight out of an exercise video — in the best of ways. The track was a smart choice for the band to make to close out the album, as it makes fans really want to get up off their feet and dance.

“I will say this till the day I die, but music is medicinal and I’m so fortunate to have an outlet that helps me overcome any tragedy or celebrate any triumph thrown my way,” says Lee of the new record. Connect The Dots is a feel good record that comes from a feel good band. Misterwives are a politically and socially aware band that use their platform for positivity and remind listeners that though the world can be pretty nasty and it may get tough at times, there will always be time to laugh, sing and dance.