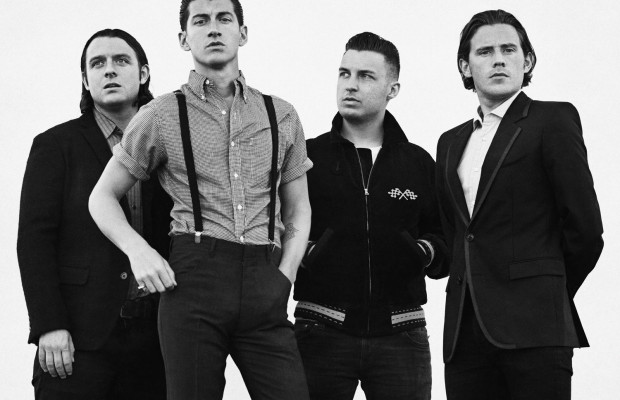 Arctic Monkeys never disappoint. The British band returned with a bang in 2013 with their latest album, AM, undoubtedly becoming one of their most popular releases to date.

Now, Seattle loves Arctic Monkeys. The city loves them so much that their two nights at the renowned Paramount Theater sold out in minutes, adding momentum to the band’s return to the Pacific Northwest.

When these four lads are in town, things always get a little rowdy. Kids were lining up early in the morning to get a good spot in the front, the entire line wrapping around the block shortly before doors opened despite the fact that it was one of Seattle’s hottest days of the year. Yes, Seattle does see sunshine – it’s shocking, I know.

On the first night, the sea of people clad in plaid shirts, Monkeys merch and other Tumblr inspired apparel took to the overly musky venue in hopes that they would be greeted with tunes from AM, as well as some old classics from past records. They weren’t disappointed.

If it wasn’t the shrills and shrieks that emerged from the audience as these British heartthrobs hit the stage than it was surely the opening tune to “Do I Wanna Know?” that raised the energy through the roof.

Their set was the perfect balance between old tracks from Favourite Worst Nightmare and AM and the band carried on a lighting show that was mesmerizing enough to make even the biggest visual snobs go weak in the knees. Disco balls during “I Wanna Be Yours”, strobes during “Snap Out Of It” and the constant flashing of the AM logo across the stage added the perfect animated touch to the music that night.

However, it was frontman Alex Turner that really caused hysteria. As a face that is plastered all over girls’ Tumblr pages and surely on the bedroom walls of many, his infamous hip stirring moves and hypnotizing good looks were a show in itself. At one point, he even told the crowd that he needed to comb his hair to insure he was presentable for the overly excited audience – an act that surely caused hearts to swoon. His interactions with the audience and blatant drunken demeanor onstage begs to question on whether or not Turner’s musical persona is nothing more than show or if Turner truly falls in the category of stereotypical rock gods.

Closing with a spectacular encore of “R U Mine?”, Arctic Monkeys’ set proved that whether they play new, old, fast or slow material – their loyal fans and new listeners are going to flock to their shows in masses. It is Arctic Monkeys’ unique style and stage presence that has solidified their spot in the music world for years to come.