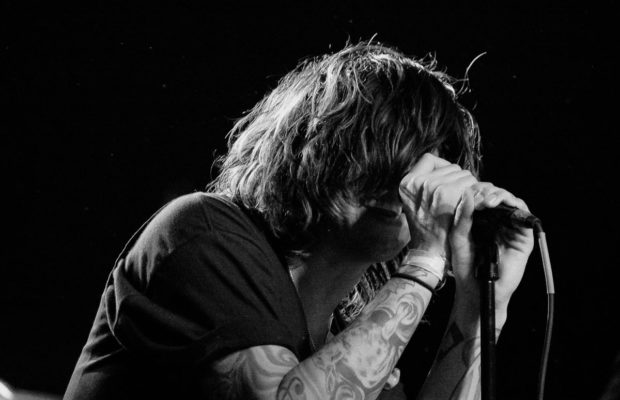 Sleeping with Sirens played a pop up show recently in Louisville, Ky to a packed and intimate crowd of passionate and eager fans.  Fans lined up well before doors, a few of which had purchased VIP tickets, allowing them early entry to meet the band and get photos.  When the band hit the stage, the fans had their hands in the air and were ready to start singing and dancing!  They performed a nice selection of songs, including the first single “Legends” from their forthcoming album due out in September.  “Legends” has been receiving a lot of buzz, having been selected as Team USA’s official theme song for the 2018 Winter Olympics in South Korea!  Sleeping With Sirens is a great live band, full of energy and love for their fans.  Although Kellin was sick, he still gave an energetic and amazing performance.  The venue did not have a barricade, allowing fans to get right up to the stage, making for an especially intimate experience.  Kellin, Nick, Jack and Justin often performed right at the edge of the stage amongst the fans.  Towards the end of the set, guitarist Nick Martin hopped off the stage and walked through the crowd, playing his guitar and taking a couple of pictures with the fans.  The room was full of positive energy making for a really fun night!