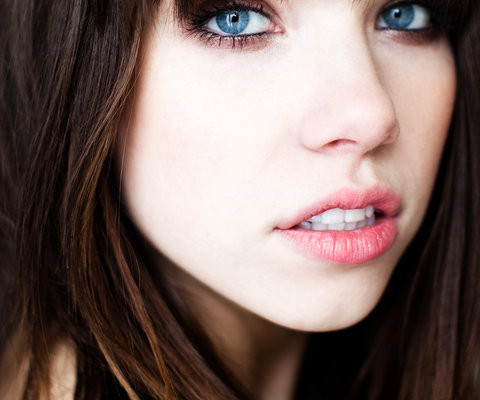 Since Stitched Sound last talked to Carly Rae Jepsen, she released her hit single “Call Me Maybe” which landed Jepsen two nominations for the Grammys. This interview with her is from one of our earliest online issues.

What Sparked your interest in music and made you decide to choose a career in music?
My family is extremely musical so they of course where a huge influence. I have to say that seeing Melissa Ethridge when I was about 11 years old was also a big reason why I decided to take a run at it. The concert brought me to happy tears.

How big of a part did music have on your life while you were growing up?
All my childhood, I had been singing around the house to the point of annoyance and my father finally asked me if I’d like to sing at the local talent show. I was seven and we performed “Beauty and the Beast” and “Eternal Flame”. We won like 400 bucks which feels like a million when your seven. After that I was all things music. Show choirs, musical theatre, piano and jazz singing. I also attended a “fame” type college in Victoria after high school. “The Canadian College of Performing Arts.”

What inspires you lyrically and musically?
Lyrically I am inspired by other musicians and poets. To name a few, Leonard Cohen, Cat Power and Nick Drake. Words in general are a real fascination for me. I enjoy mulling over the boundaries and possibilities of their tricky combinations. I like to listen to my friends or complete strangers talk. You’d be surprised at the poetry that comes from a simple bus ride. Eavesdropping is a fault of mine.

If you could turn back time and done something different what would you do?
If I could turn back time and change something, I don’t know that I would. Of course I have regrets in life, but I can also see that some of the hard things brought me to where I am today. I like where I am. I feel very excited and determined to take on the next phase in my musical career. So far this adventure has been a ride and a half and I’d like to keep going up and down and up if I may.

Do you aim for a specific genre while writing music? Why or why not?
I don’t aim for a specific genre. I aim for like six and fold them into me. It’s like baking. A dash of Sinead O Conor influence, a hint of Le Roux beats …and mix it up with Carly. Put it in the studio and see what comes out. Ryan Stewart, (a very talented producer/ engineer/ song-writer) and I talk a lot about the direction we are heading, but it never really is up to us in the end. The song really tells us where to go.

If you could collaborate with any musician or band who would it be and why?
Dave Mathews Band. Or Feist. Or John Mayer. I cannot decide. Sorry. They are all so …wow.

Who are your favourite bands or artists to tour with?
I love touring with Marianas Trench. They are just the best guys I know. Great talent, great music, and great friends.

Is there a message that you are trying to send through music?
Nope. No specific message. I would rather spark something. I like triggering emotions. I like when music does that for me. If listeners can feel like the song is theirs… then my job is done.

What is the craziest thing that has happened at one of your shows?
The craziest thing that happened took place in Vancouver actually! We were at the Vogue with the New Cities and Marianas Trench and it was prank day. Tour was wrapping up and a few of the guys wrapped Dave (the lead singer of TNC) to a weight lift in the middle of the stage. He eventually fell into the crowd and was luckily caught by the girls there. He could have lost some teeth… it was a close one.

How would you describe your live performance?
Someone once told me that our live show was like an invitation to my living room. I liked that a lot. I like private acoustic/ intimate performances best and I try to capture that feeling even when we do stadium shows.
Have you ever had any surreal moments while performing?
Pretty much everytime I play there is this huge feeling of “ahh..I am so lucky.” That never goes away. It’s a pretty crazy thing to see the music spread and the audiences grow. I loved the first Montreal show we did. I had never been to Montreal before and the whole crowd was singing along with me. Songs I had written in the shower with no real dream that they would be heard.

What do you hope to accomplish in the future musically?
I have lots of “to dos”. I ripped up an old sheet and pinned it to my wall the other night and began to chart it down with a sharpie. I have been adding to it ever since. All the things I want to experience in my life. I want to travel outside of Canada with my new music… that’s number one.