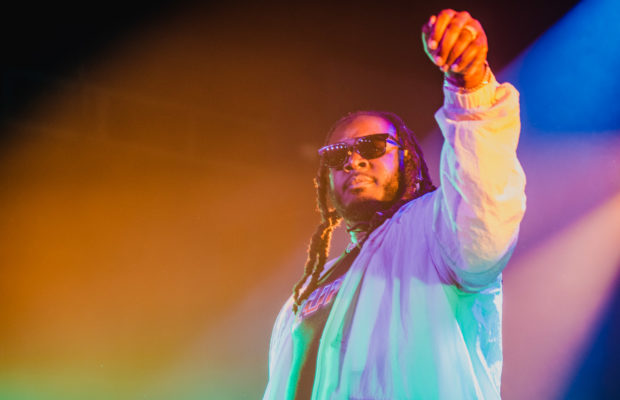 Tallahassee native and “Masked Singer” winner T-Pain stopped in the St. Louis area on March 30th as part of his 1UP Tour. The tour, in celebration of his newest and sixth studio album titled under the same name.

The album was released in February and came as shock to many, as he released the album as a surprise to his fans. The independently released album is T-Pain’s first since 2017’s “OBLiViON.”

Even though its been fourteen years since T-Pain’s first smash hits, “I’m Sprung” and “In Luv with A Stripper,” the rapper/singer/songwriter/producer/gamer extraordinaire has still got it in every sense of the word. His massive 30-song setlist takes the audience down memory lane as well as diving into his newest music and features, leaving those in attendance both filled with nostalgia and an ever-growing list of new songs to add to their summer playlists.

High points in his set included a Sam Smith cover of “Stay With Me”  that was featured in his run on FOX’s The Masked Singer; a trip down memory lane with his and Flo-Rida’s “Low”; and ending with an upbeat “All I Do Is Win.”