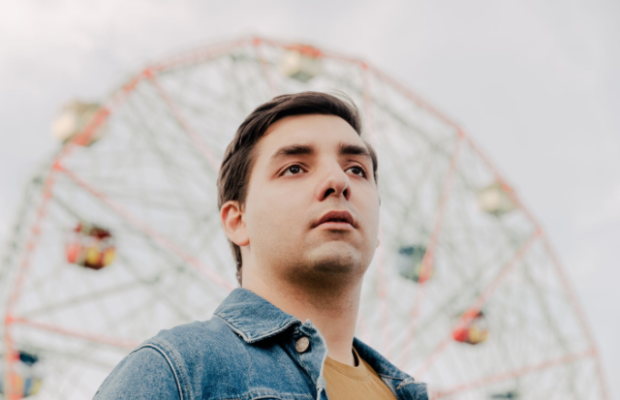 “Always working, and it’s hurting over time,” Skylar Spence (Ryan DeRobertis) laments in his new single “Carousel.” The track contemplates the addiction to the grind over chic synths and plucky guitar lines, and implores listeners to kick up their feet and enjoy the ride once in a while. The lyric video was created by performer/writer/creator of music/video Jen Goma (Showtime Goma/A Sunny Day in Glasgow).

The nu-disco inflected track is Skylar’s first release since his 2015 breakout album, Prom King, and was written after a trip to Disney World with his girlfriend. “The chorus was intended to be cyclical like a Ferris wheel or a carousel — at the end of the ride, you end up where you started,” Skylar says about the track. In the song, the vacation starts out hectic which, for him ruins the point of a vacation, when you can’t kick your feet up and relax. You need to work hard for those moments, to feel like you earned them. “Those moments when one doesn’t have to abide by a schedule, that allows for relaxation or even exploration, and they usually end up being the best parts of a vacation.”

“Carousel” is out now and appears on Skylar’s forthcoming “Carousel” / “Cry Wolf” release, out September 4th via Carpark Records.