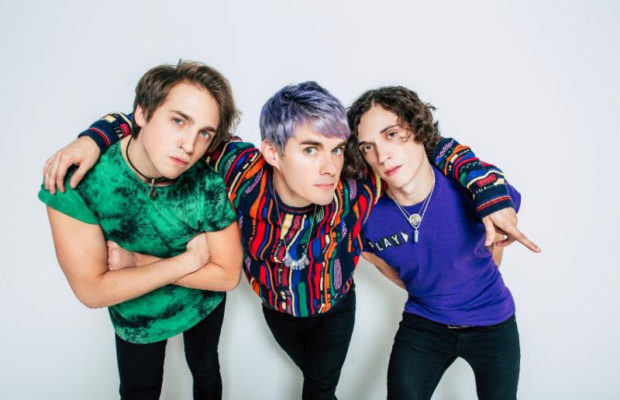 God’s favorite boy band, Waterparks, have shared the new music video for “Peach (Lobotomy)” off their newest album Entertainment, released earlier this year through Equal Vision Records. The video features footage from the final cross-country Vans Warped Tour, where the band spent the entire summer headlining the main stage. Watch the video for “Peach (Lobotomy)” below:

Last week Waterparks announced their upcoming North American headline tour. The Entertainment tour will hit twenty-three cities and kick off on November 2nd in Lake Park, FL at The Kelsey Theater. Support comes from I Don’t Know How But They Found Me, Nick Gray and Super Whatevr.

The tour comes in celebration of the band’s most recent and most popular album Entertainment, which was released earlier this year. Fans can listen to and watch the music videos for the hit singles “Blonde“, “Not Warriors“, “Lucky People” and “We Need To Talk“. Fans can also stream or purchase the album now through iTunes, Apple Music and Spotify.