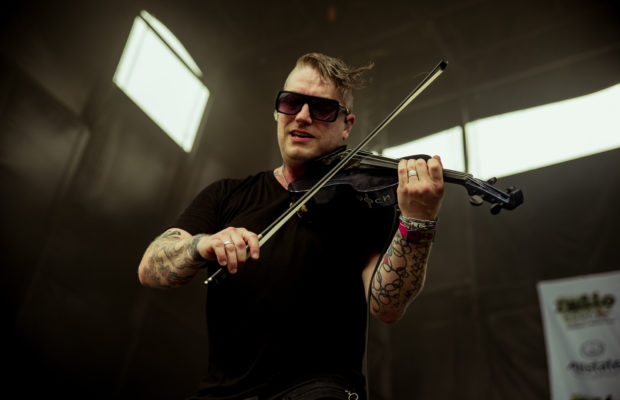 Words and Photos by Lexi Shannon

For the first time this summer, Philly’s Radio 104.5 was able to host their first “Block Party” of the season. The series, which hosts free concerts monthly from June to September, continues to feature the top rockers of the alternative scene. Despite the June Block Party being cancelled, the July event featured industry veterans Blue October, as well as alt-rockers Jukebox the Ghost, Knox Hamilton, Brother Sundance and Morgan Saint.

Morgan Saint kicked off the event. Despite overcoming a cold, she hyped up the crowd with some of her hits from her debut EP 17 HERO, including “YOU” and “Just Friends.” Following Morgan Saint was Florida-born musician Brother Sundance. The 19-year-old producer brought an eclectic show, from pop jams to electronic-influenced bops.

As the crowd started to grow, so did the energy artists brought to the stage. Indie-rockers Knox Hamilton rocked the stage clad head to toe in coordinating dad-inspired floral buton ups. They pumped up the crowd with hits such as their 2017 single “Work it Out,” which, might I add, is a GREAT summer road trip song (as is their entire discography).

Battling through rain storms and the infamous Philly heat, crowd favorites Jukebox the Ghost livened up the crowd with their colorful tunes, cheery piano and all. The DC-based trio performed songs off of their 2018 release Off to the Races, as well as a cover of Queen’s legendary “Bohemian Rhapsody.”

Blue October closed out the night with their true alternative rock talent – unique lyrics and funky guitar lines. They wrapped up the inaugural 2018 event with “Houston Heights.”