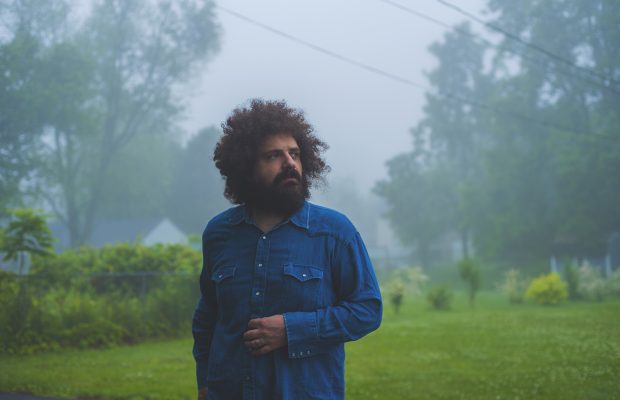 Sam Buonavolontà (Italian Translation: Goodwill) has been crafting experimental music under the alias “Sam Goodwill” for over a decade. The Youngstown, Ohio native mixes and manufactures songs for indie movies at his warehouse Historian Recording Co.  This is also where band’s such as Mount Eerie, Kelley Deal and Noveller have passed through to record live performances for the concert series “Historian Sessions” that Sam started with his wife and several friends.  He has been creating experimental rock music for over a decade now.  He has an old school sound with new school vibes and a passion for thematic lyrics.  In short, Sam has a knack for mixing the old with the new to leave his own mark on the world of music.

The Ohio native will be dropping his sophomore album, Phthalo, on September 27 on Misra Records / Peppermint Records.  After touring in the US, UK & Europe and sharing the stage with bands such as Temples, Reel Big Fish, PAWS and Damien Jurado, Sam took the band into a local studio (which could still pass for a bonafide 1970’s time capsule).  They recorded the bulk of the album on a 16 channel 2” tape machine while playing live as a band.  Sam then took these tracks into his home studio and experimented with tones, tape speeds, and added the final touches.  “Some of these songs developed this great energy on stage, we wanted to at least attempt to harness that on the record.” He said.  The album takes a different approach to previous works.  In the writing process, he pieced songs together from a 30-minute stream of consciousness recording on guitar and piano, editing them down to simple arrangements, ultimately focusing on melody and message.  He then began workshopping these early versions on stage.  “The touring was necessary for me to fully discover these songs and myself as a performer.  This was the first time I’ve toured with material in such an early stage.  I felt really vulnerable but I’m so glad that the songs went on that journey, it totally shaped this record into what it ultimately has become.”

Today sees the exclusive premiere of the first track from the album, “You’re Alive Right Now”.  The song is a nostalgia-fueled track equipped with synth, electric guitar, and a steady beat and celebrates and embraces the insanity that is being alive at this very instant. If John Hughes were still around to make films, I have a feeling this song would be played as the last scene of his latest coming-of-age flick faded to black. You can learn more about it through Sam’s fantastic “making of” mini-documentary below.  You can follow Sam Goodwill and stay up-to-date with all upcoming album news, band news and tour dates via the following links: