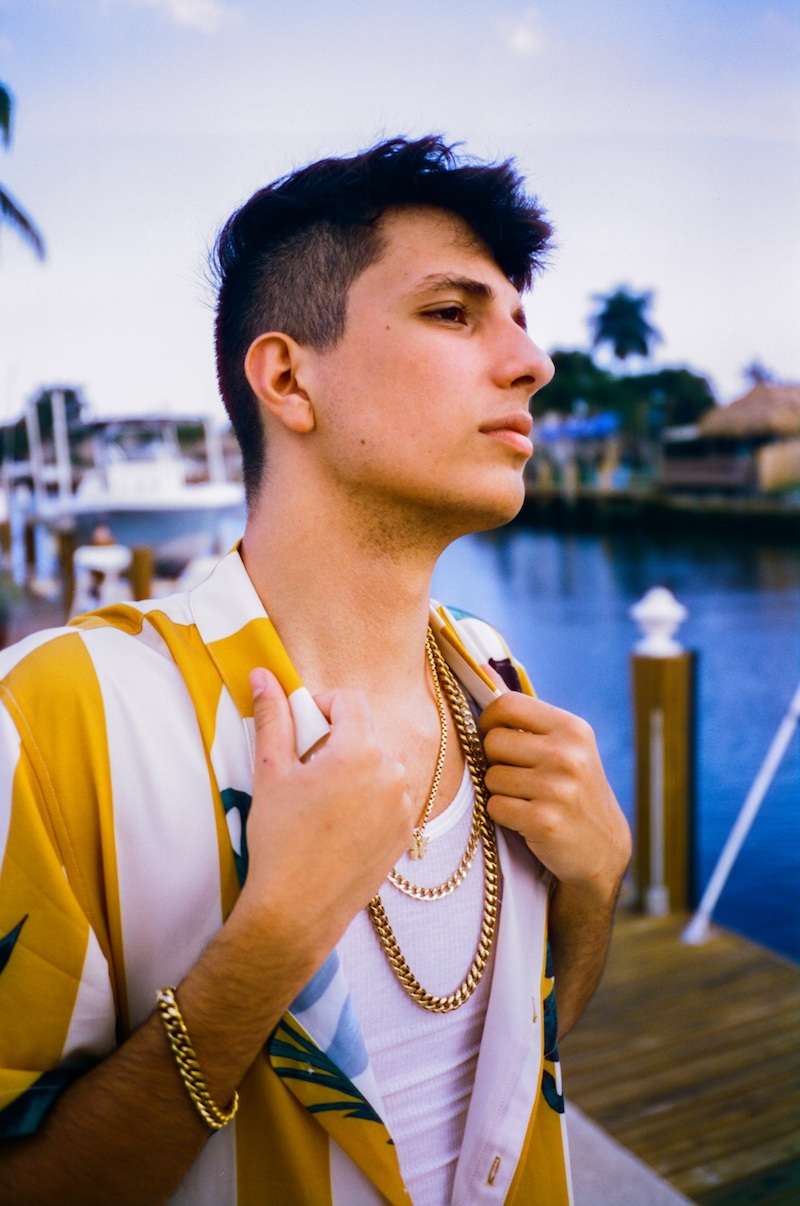 Hot on the heels of his recent single “Toxic Ends,” the title track from his debut mixtape (out June 25), rising hip-hop artist Rarin is gearing up to release his new single “Big Spendin’”, an unflinching, trap continuation of Rarin’s aspirational, ambition-fueled singles that focus on self-growth and not letting other people’s opinions or actions deter you from your own grind.  “Big Spendin’’ is a full on flexer song,” says Rarin on the track. “Although it talks about a lot of material things, “Big Spendin’’’ is about ‘leveling up’ from my previous dark state to become the most polished version of myself. It stresses my current mindset and the bold, euphoric feeling of being excited for the future.” Impacted by the sudden loss of rapper Lil Peep and the realization that music, including his own, is a coping mechanism for many, Rarin prioritizes making deep, emotional connections with his listeners to impact their lives for the better in the same way music has done for him. Originally recording music for fun and continuing to create in his bedroom despite his success, Rarin has racked up over 75 million global streams with his string of viral singles which topped Spotify’s viral charts and trended on YouTube. Rarin’s anticipated debut mixtape Toxic Ends, which blends rap, pop, and relatable storytelling to make his own unique style of hip-hop, will follow his deceptive flex anthems that actually speak to what is achievable in life if you free yourself from insecurity. Rarin’s most recent single “Toxics Ends” imagines what life would be like if we let go of the negative thoughts that hold us back and “SO WHAT! ft. Brxkenbxy” speaks to brushing off minor issues to find value in mistakes without letting them derail you from seizing big opportunities.

Putting human connection at the forefront of his art, Rarin uses his music to guide his fans through their own emotional turmoil while processing his own world and sifting through the toxicity that often prevents us from being our best selves. Drawing inspiration from the likes of Lil Peep, Travis Scott, and Billie Eilish, Rarin’s singles have already received explosive support online, particularly amongst gaming communities such as Fortnite, to soundtrack thousands of videos and feature in large collaborations with creators such as Faze Sway, FazeMartoz, and more. A first-generation American born to parents leaving communist Bulgaria, Rarin’s unshakeable work ethic saw him immerse himself in experiences and study classical piano for eight years before discovering rap in middle school.  You can connect with Rarin via the following links: