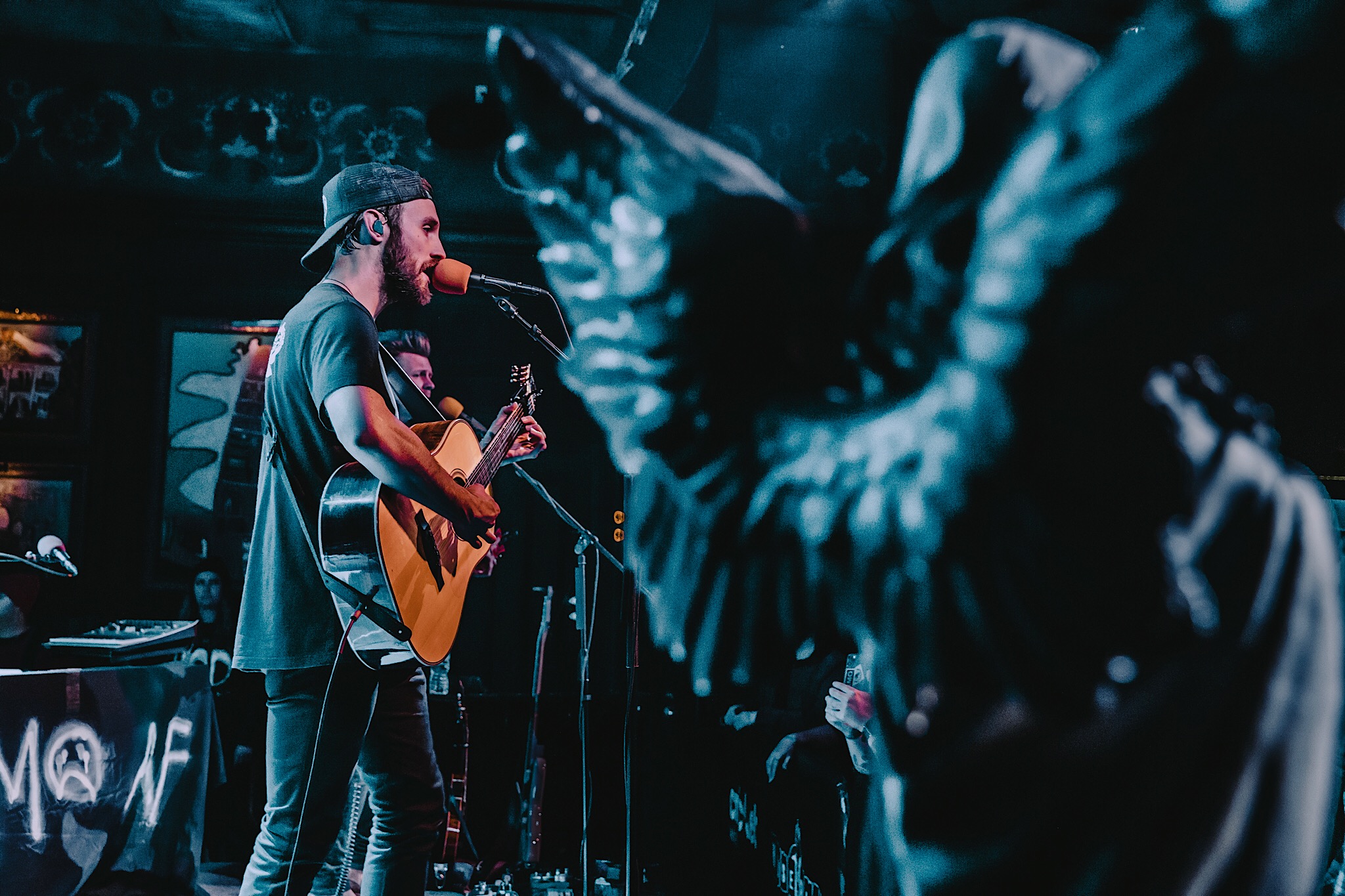 No better way to spend Halloween than to listen to Ruston Kelly perform a few tracks of his album “Halloween”. Despite it being a holiday, the Cambridge Room at the House of Blues filled up pretty quickly after doors opened. Some people came in costumes, others decided not to.
After a short opening set by Canadian singer and songwriter Donovan Woods, Ruston and his band came on stage shortly after 9 pm and started off with “Cover My Tracks”. He continued by playing most of his most recent release “Dying Star“, which I love. If you haven’t yet, you should most definitely check it out. It’s one of those albums I can listen to front to back and not wanting to skip a single song.

Going with tonight’s theme, he also played a few tracks off “Halloween“, as well as a few covers off his latest EP “Dirt Emo Vol.1“. The crowd loved it and sang along loudly to many of the songs.

While I am typing this review, Ruston is back in the studio working on his new album, which we can hopefully expect in early 2020, followed by another tour later in the year. If he comes to a city near you, make sure to catch it. You will not regret it.