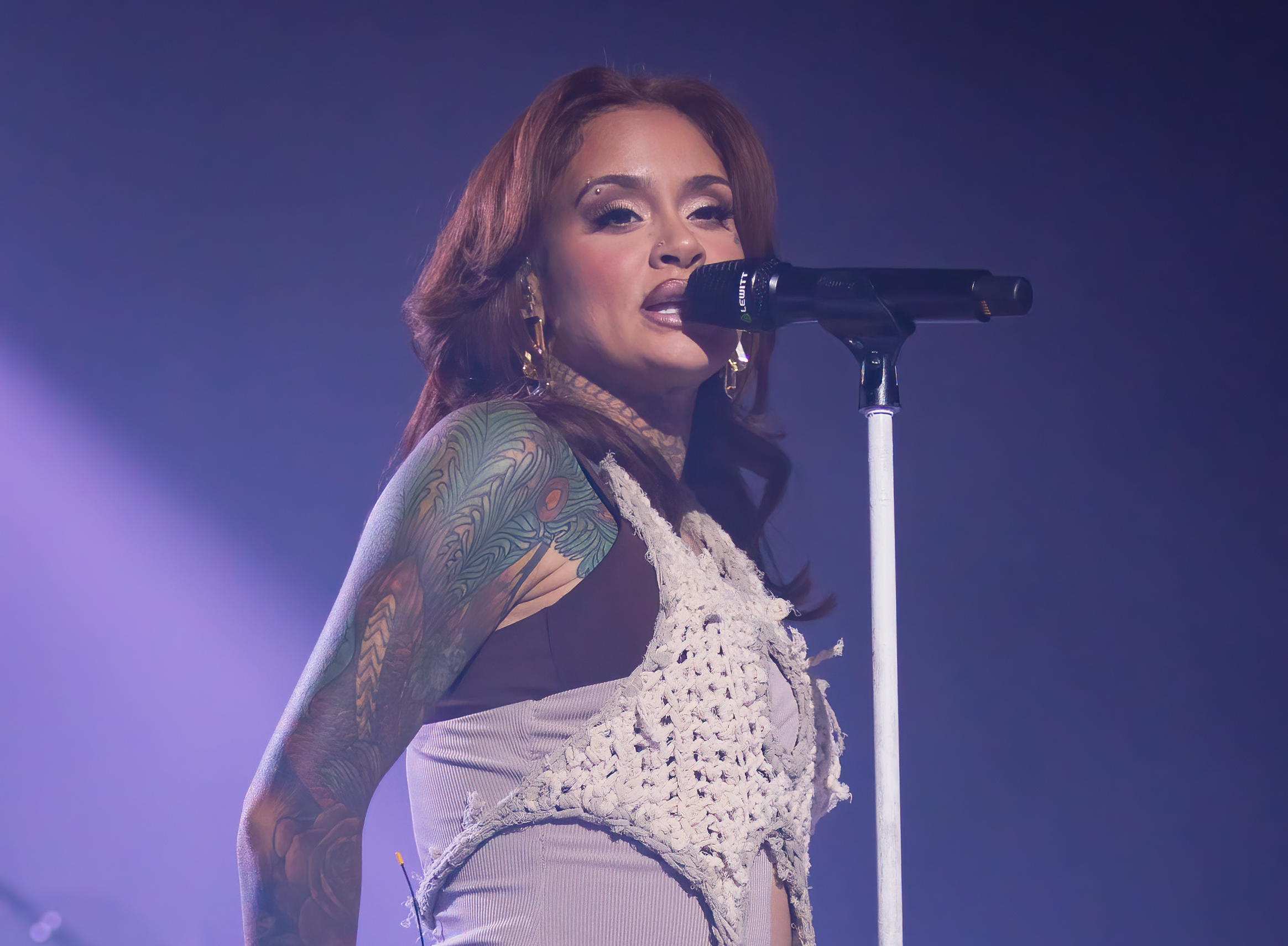 Aptly named the Blue Water Road Trip after their gracefully alluring latest album, Kehlani’s Birmingham show was the singer’s penultimate stop on the EU/UK leg of their tour, and what an unforgettably magical experience it was. Prior to Kehlani gracing the stage, the sensational Destin Conrad and incomparable Noods opened up the show with their respective sets of irresistibly smooth R&B and flawlessly inspiriting DJing, which set a charmingly beautiful tone for the rest of the night. Eventually opening with their heavenly anthem ‘little story,’ the American artist hypnotised the audience from beginning to end, as she transported them in a kaleidoscopic tsunami to a harmonious, divinely feminine paradise. A magnificent blend of older favourites and newer hits, Kehlani’s setlist featured beloved fan favourites such as ‘Honey’ and ‘You Should Be Here,’ as well as sublime tracks like ‘tangerine’ and ‘more than i should’ from their introspective third album.

As the photographic evidence of this unforgettable night illustrates, the stage lighting for Kehlani’s performance at the O2 Academy Birmingham was nothing short of spectacular. Beautifully accompanying the ethereality of Kehlani’s stage presence, the lights flowed along a varied spectrum of vivid colours, from dreamy ocean blues to deep amorous reds. Completely in sync with their phenomenally-talented dancing counterparts Emily and Yani, the Bay area-born artist took us on an escapist voyage as they flawlessly and mesmerisingly moved across the entire stage. Undeniably transcendental from the very first note, Kehlani’s exquisitely glorious vocals enthralled the crowd and enticed them to witness an emotionally and physically spiritual experience. From spellbinding melodies to masterful choreography, the audience’s full attention was commanded at all times by the compassionate singer-songwriter, and the overall impact of the show was sonically and visually breathtaking.

Before performing their empowering song ‘Nunya,’ Kehlani asked the crowd to pay special attention to the unique way in which it was performed. An ode to queer love and sexuality, she cleverly changed the song’s original lyrics to include female pronouns instead and, most notably, she replaced the lyric “dick” with “strap” which was met with roaring applause from their LGBTQ+ fans. Undeniably a well-deserved treat for waiting hours in the cold for the concert, fans near the front of the stage were even blessed enough to witness Kehlani’s entrance into the crowd as she personally performed ‘Hate the Club’ to thousands of devoted listeners.

Embodying their pure and natural gratitude, Kehlani spoke about how appreciative they are to still be creating music, all these years later, as she described this as rare for artists who started their careers when they were young. She also, heartwarmingly, referred to their crew as their “family” and their “heart”, and explained that this is why she’s so grateful for the fans’ love of everyone involved in making the tour happen. Perhaps the most wholesome and heartfelt moment in the show was when Kehlani encouraged the crowd to sing “happy birthday” with them to their personal assistant, Sierra. Showering her with love before the crowd erupted in song, she described Sierra as someone who saves their life every day and spoke about how she is, to quote Kehlani, “important to my daughter, important to me, important to my mother, important to everybody on this entire team.” As she and other members of the team surrounded the birthday girl with love, in the form of cake and balloons, the crowd rejoiced in the singer’s humble ability to explicitly recognise their impressive support system.

Concluding the show with the intoxicatingly upbeat track ‘CRZY’ from their sophomore album, Kehlani invited the entire audience to jump with them and their crew on stage, as she said it would be their “last chance” to do so. Everybody, of course, obliged to the stunning singer’s request and jumped to their heart’s content, which collectively portrayed the powerful impact of Kehlani’s music to unify people and intensify their feelings of joy. If you are ever afforded the opportunity to see Kehlani live, I absolutely implore you to do so because your life will astronomically change for the better, as you find yourself blissfully lost in their angelic music.