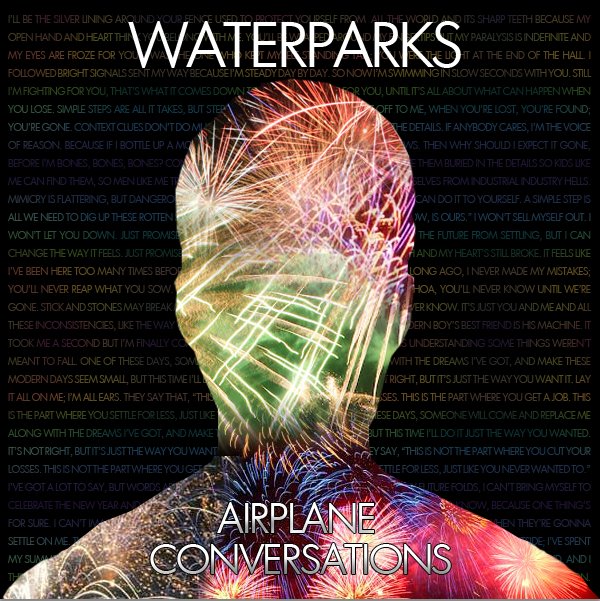 Former Stitched Sound feature band Waterparks‘ debut EP Airplane Conversation is a just of taste of what this Texas based Pop-Punk band has to bring to the table. Airplane Conversations contains five tracks of win. Although this is the bands first EP, the members of Waterparks are far from new comers to the scene and are very determined to make this band worth listening to, and guess what? They are. The opening track is “Silver” proves that pop punk doesn’t need to be defended, because it could fight it’s own battles. The song “They All Float” reminds of the what I claim to be the greatest years of music (which is 2004-2008, for those of you who don’t know). The album wraps up nicely with the “Fantastic”, a track this leaves you wanting more. This is only the first of many more to come from Waterparks.