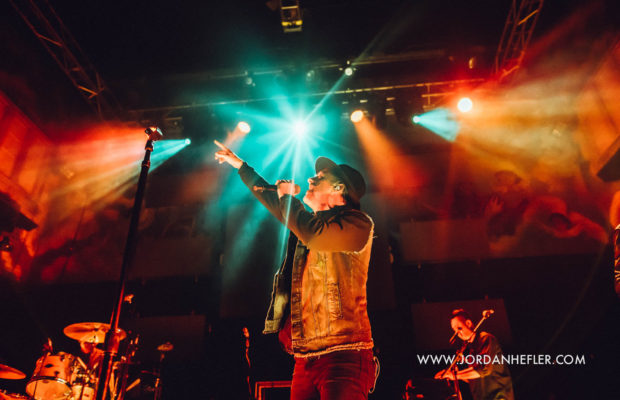 Ironically the day after the 2016 presidential election, the “Looking for America” tour came through New Orleans, featuring Relient K and Switchfoot. The House of Blues was packed with an audience of all ages, eagerly awaiting the rock bands’ performances. Promoting their new album “Where the Light Shines Through,” Switchfoot is entering their 17th year as a band together, and seems more energetic than ever to be putting out new music. Both Switchfoot and Relient K have been known to carry uplifting themes and motifs to their music, which has tended to draw a Christian following over the years. This quality has always set them apart from other rock bands, and created a strong sense of community amongst their supporters. Joining the bands on this current tour is CURE, an international non-profit organization that operates charitable hospitals. Both bands made a point to promote supporting CURE by visiting their table in the back of the venue, and they even showed a short video clip that shed light on the organization’s mission. It was clear that the crowd was not only into the music, but also the purpose behind the bands’ and their message. It was refreshing to see such talented musicians putting on an outstanding rock show that was full of nostalgia and energy, while at the same time using their platform to promote a greater cause.

Photographs and recap by Jordan Hefler