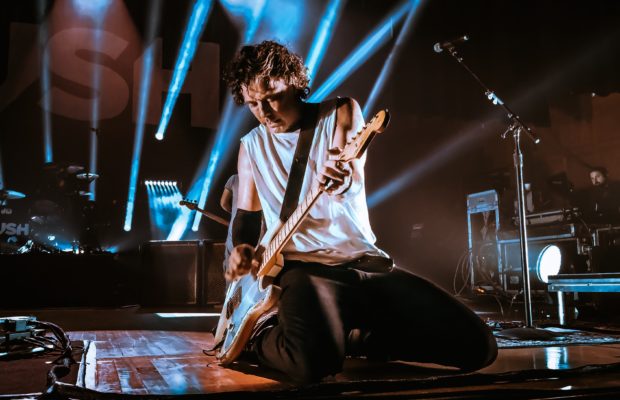 After touring with The Cult and Stone Temple Pilots all summer, Bush are playing a few solo headlining shows in the US this fall. I was lucky enough to catch them when they played the Stambaugh Auditorium in Youngstown, OH.

Opening the night were “10 Years” from Tennessee, who had quiet a few enthusiastic fans in the audience.

When Bush came on stage the entire venue was up on their feet cheering and singing along.
They played a great variety from all of their their albums, except for their 1996 release “Razorblade Suitcase”. Would have loved to hear a song or two from that record.
The setlist was very satisfying though for both the casual, as well as the hardcore fan.
Setlist:
01. Machinehead
02. Nurse
03. This Is War
04. Just Like My Other Sins
05. Everything Zen
06. Prizefighter
07. The Sound Of Winter
08. The People That We Love
09. The Disease Of The Dancing Cats
10. The Gift
11. Alien
Encore
12. Little Things
13. Come Together (Beatles Cover)
14. Glycerine
15. Comedown