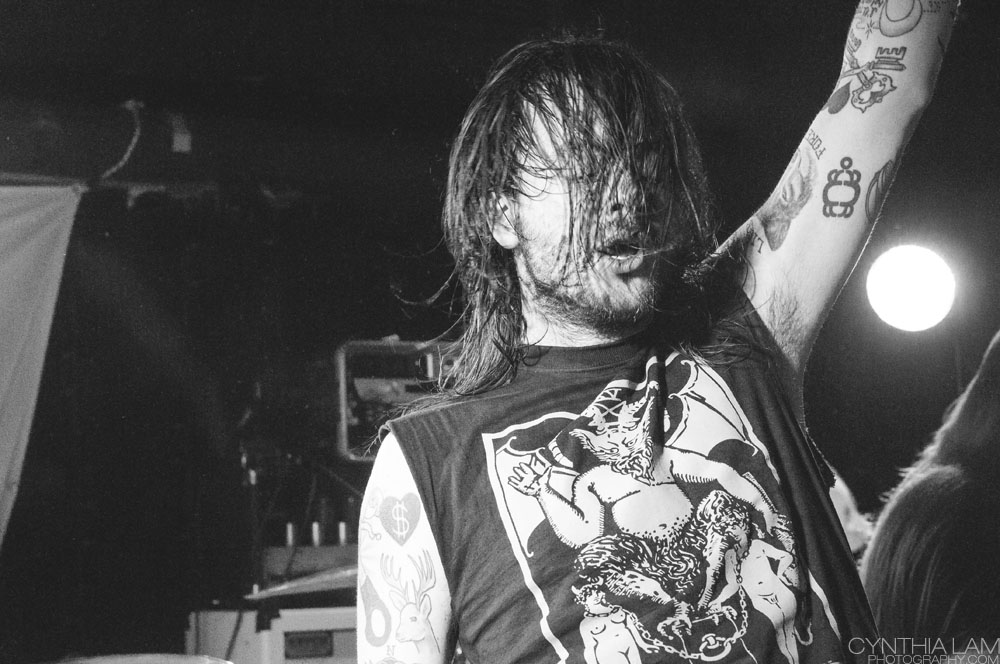 It’s 2PM on Easter Sunday, and the last place anyone would expect to be is in a grungy bar located within downtown Calgary, rocking out to some wonderful bands. The afternoon’s all-ages show consisted of three bands: A Sight For Sewn Eyes, Touche Amore, and Cancer Bats.

All the bands brought very great stage presence that made the afternoon an unforgettable one. The crowd went insane during Touche Amore‘s set, literally barging on the stage so that vocalist Jeremy Bolm was being pushed against the drum set. Though, the show really got wild when Cancer Bats took the stage. With a setlist filled with old and new songs, attendees were found head banging and rocking out to every song. Their whole set was filled with energy and the small venue setting was perfect place to hold an intimate metal show. Throughout their performance fans were jumping around like crazy and some even wished for more insanity – that’s to the one kid who asked why nobody was stage diving, to which Cormier responded “The stage’s only one foot tall”. At the end of it, everyone left with satisfied smiles on their faces, and the bands started setting up once again for the night’s 18+ show.