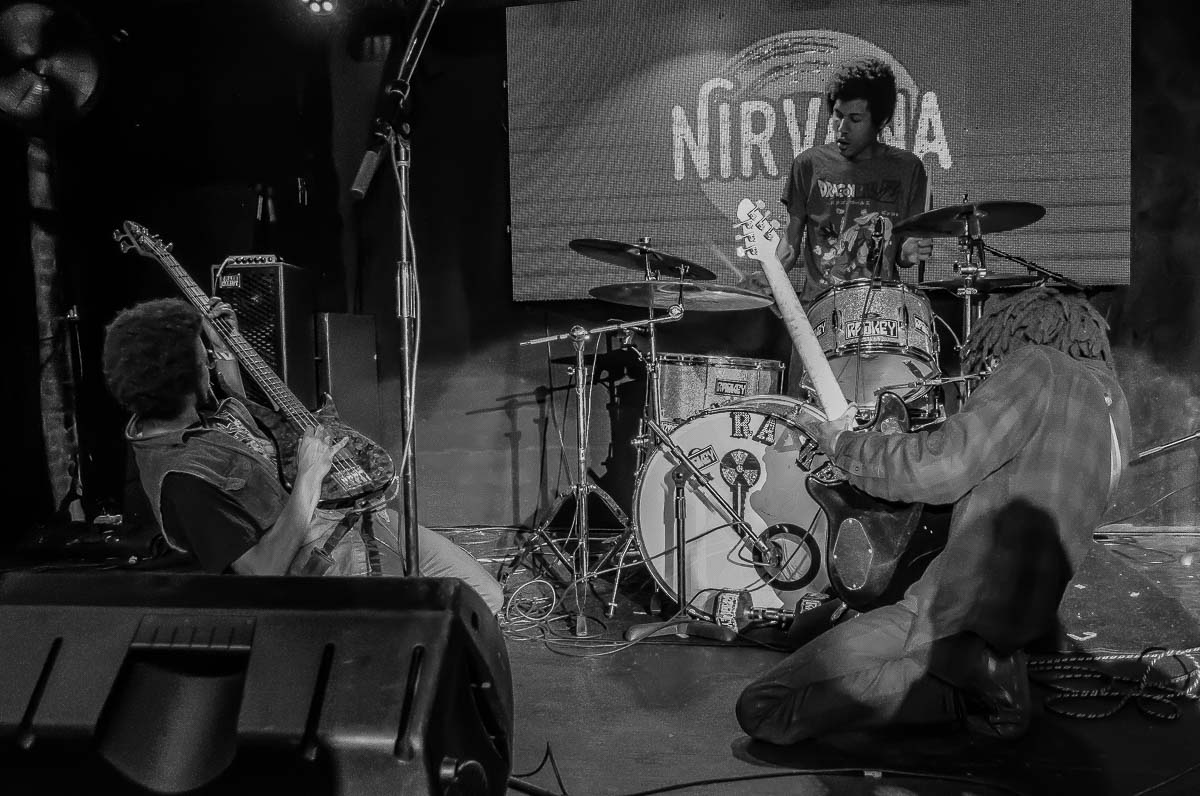 Missouri-based punk/rock and roll band Radkey are a force to be reckoned with.  A band of three brothers, Isaiah, Dee and Solomon Radkey, the punk trio are joy to watch live.  With guitarist Dee and bassist Isaiah sharing vocal duties, and Solomon manning the drums, the brothers pour their heart and soul into their live performance.  From leg kicks, high jumps and kneeling and laying on the stage while playing, Radkey is the epitome of a classic punk/rock and roll band.  There were moments during the show when Dee’s vocals reminded me of a Misfits-era Glenn Danzig, with his low and steady tone.  Having toured with bands such as Descendents, Flogging Molly and The Damned, as well as shared the stage with countless other bands and performed at various festivals, the band has grown their fan base and wowed audiences with their live shows for the past several years.  Although it was a cold and dreary Friday night with a variety of events happening around town, the band filled the venue this evening with plenty of local punk fans, with a few even making the trip from out of town.  It’s hard to believe the trio are only in their 20’s, as the skill and passion with which they play reveal the seriousness and maturity with which they take their craft.  The band released their latest album No Strange Cats last year, preceded by 2015’s Dark Black Makeup and 2016’s Delicious Rock Noise, performing many of their classic hits along with several new songs, giving the crowd a nice variety of songs to sing and dance along to.  Radkey is an amazing live band and gave their fans a fun evening of music that left everyone buzzing long after the music stopped!  Nashville-based punk/rock band Taco Mouth opened the show.