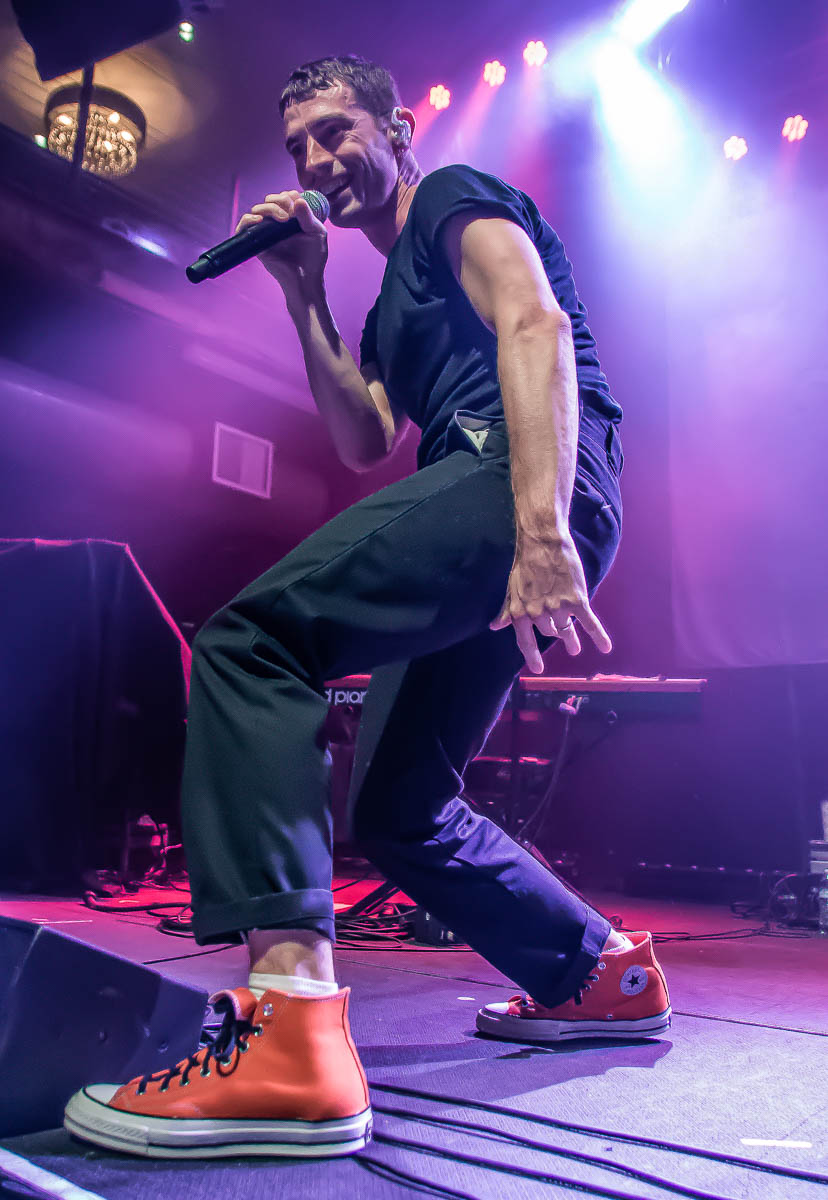 New Politics with The Mowglis and Plain White T’s

Danish rock band New Politics, who are in the midst of their 3 Dimensional Tour, made a stop recently in Louisville, KY.  The band recently released their latest album An Invitation To An Alternate Reality and performed some of their newer songs for the crowd this evening, in addition to some of their older classics.  Starting out the evening was Chicago alternative rock band Plain White T’s.  Exuberant and full of energy, the band were all smiles as they tore through their set, performing classic hits such as “1,2,3,4”, “Rhythm Of Love”, “Natural Disaster” and “Hey There Delilah”, which elicited a full-venue sing along at full volume.  One of the band’s most popular songs, it was definitely a song the crowd had been waiting to hear!  Next up was New Politics.  Although some dates on the tour have seen them headlining, this evening they did not.  To say that they put on a great show is an understatement!   Singer David Boyd danced his way around the stage throughout the entire set, while guitarist/vocalist/keyboardist Søren Hansen and drummer Louis Vecchio were bundles of energy on the guitar and drums, respectively.   The band was in high spirits this evening and had lots of fun with each other and with the crowd!  With a blend of pop, punk and dance rock, the trio had the entire venue singing and dancing along to every song!  The band performed plenty of new tunes along with some of their older hits!  Performing new songs such as “Unstoppable”, “Bad For Me” and “Suspension” and older songs such as “Yeah Yeah Yeah”, “Harlem” and “CIA”, fans old and new alike were singing along with the band and full volume!  Chatting a bit with the crowd throughout the set, Hansen and Boyd provided plenty of crowd interaction, as well, during each song.  Ending their set with “Everywhere I Go (Kings and Queens)”, they exited the stage in a roar of applause.  Headlining this evening was California indie rock band The Mowglis.  The band commanded the stage this evening, ending the night on a fun and energetic note.  Singer Katie Jayne Earl was all smiles as she sang the band’s sunny tunes, acknowledging at one point that New Politics was a tough act to follow, but they would do their best!  They seemed to have achieved their goal, as they had the crowd dancing and singing to their upbeat tunes such as “Spacin Out”, “Bad Dream”, “Talk About It” and “I’m Good”.  They made sure everyone ended their night in a swirl of positive energy!