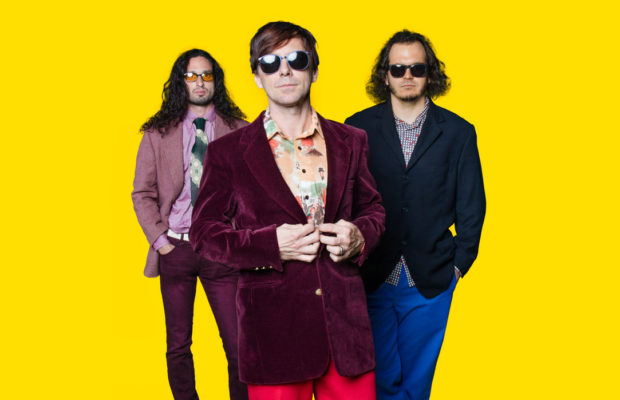 Floridian rockers Luxury Mane have released a new album that combines the laid-back sounds of surf rock with a touch of psychedelic pop (think The Flaming Lips but if they played while standing in the ocean). Vocalist and guitarist Billy Summer formed Luxury Mane after the dispersal of his previous band, The Semis. Along with drummer Kyle Lovell, Summer took some time to create a unique and catchy sound that would capture the vibe of the band’s town, St. Petersburg. Having released three EPs and a cassette, the band released their newest album, Lux Running Out, in October of 2016.

The opening track of the album, “Got a Need”, sets the tone for the record as one of reflection and quiet happiness. It’s hard to believe that the group only consists of three musicians, as these songs sound like the work of a much larger band. The band shines when they focus on simple melodies and allow Summer’s vocals to blend in rather than take center stage. “Things in the City” sounds like an homage to The Cure with a distinct, upbeat rhythm and soft electric guitar and bass. This track encapsulates everything about Luxury Mane that listeners will love and stands out as the highlight of the album.

Lux Running Out feels like a labor of love from Luxury Mane. Nothing on this album feels hasty or forced; instead, the band takes their time and gives listeners a well-thought-out piece of work. This record is the perfect thing to put on when driving down the highway or when headed to the beach. Try it out.

To stream or purchase Lux Running Out, check out the band’s Bandcamp site.

For news about Luxury Mane, check out their Facebook page.