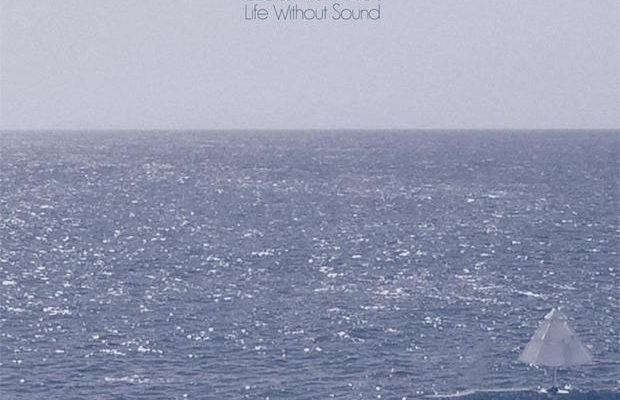 Cleveland based rock trio Cloud Nothings are no stranger to the scene, releasing their debut record nearly seven years ago. Over the years, the band has churned out five albums, but there’s been silence from the Cloud Nothings camp since their 2015 collaborative LP with Wavves, No Life For Me. However, things began to change in October, when the band announced their newest record, Life Without Sound, would be released on January 27th.

Cloud Nothings have become known for the lo-fi sounds and unapologetically angsty sounds seen on previous records. But on Life Without Sound listeners can expect to see a calmer side to the band, while still maintaining a slight jam band feeling. The band’s founder, Dylan Baldi, stated that this newest record “is like my version of new age music. It’s supposed to be inspiring.” It’s true, fans did worry that they would lose the urgency and aggression that’s made Cloud Nothings who they are… and they have lost that, slightly. But, much to all of our surprise the maturity that replaced those sounds fits the band perfectly.

“Up To The Surface” opens the album with a misnomer piano introduction, before the gritty guitar and bellowing drums build up to unleash more melodic vocals than we’ve seen before. “Internal World” is a track in which listeners see Cloud Nothings return to their angsty roots, delivering a familiar sound seen on previous records. One of the best parts about the band is Baldi’s ability to divert attention away from his pop sensibilities by masking the sound.

On “Enter Entirely”, listeners experience just that as Cloud Nothings put forth a chorus that welcomes catchy sing-a-longs and fist pumps! “Sight Unseen” is a more upbeat track, perhaps less dreary than what listeners heard in the first half of the album. With an introduction chock full of melodic guitar and drums, one can’t help but feel some inspiration pulled from fellow rockers Wavves. The album concludes with “Realize My Fate”, which has a raw and piercing introduction of just a few guitar notes repeated over again. The song becomes more aggressive with each second, before listeners find themselves midway through the track and Baldi is screaming in their ear.

While fans have waited an ample amount of time to hear new music from Cloud Nothings, they can expect to hear a different sound from the band. Those fans who enjoyed Cloud Nothings for their rowdy guitars and angsty tunes might find this new sound a little hard to get used to. However, for many other fans the newfound maturity of the band proves strong potential for big things in their future. It is always necessary for a band to take a detour on different records, no matter how big or small. In some cases, those detours are not as successful but for Cloud Nothings that’s not the case. The more tranquil sound seen on Life Without Sound fits perfectly with the band and they have delivered a nine-track album that is sure to get any die hard Cloud Nothings fan excited.