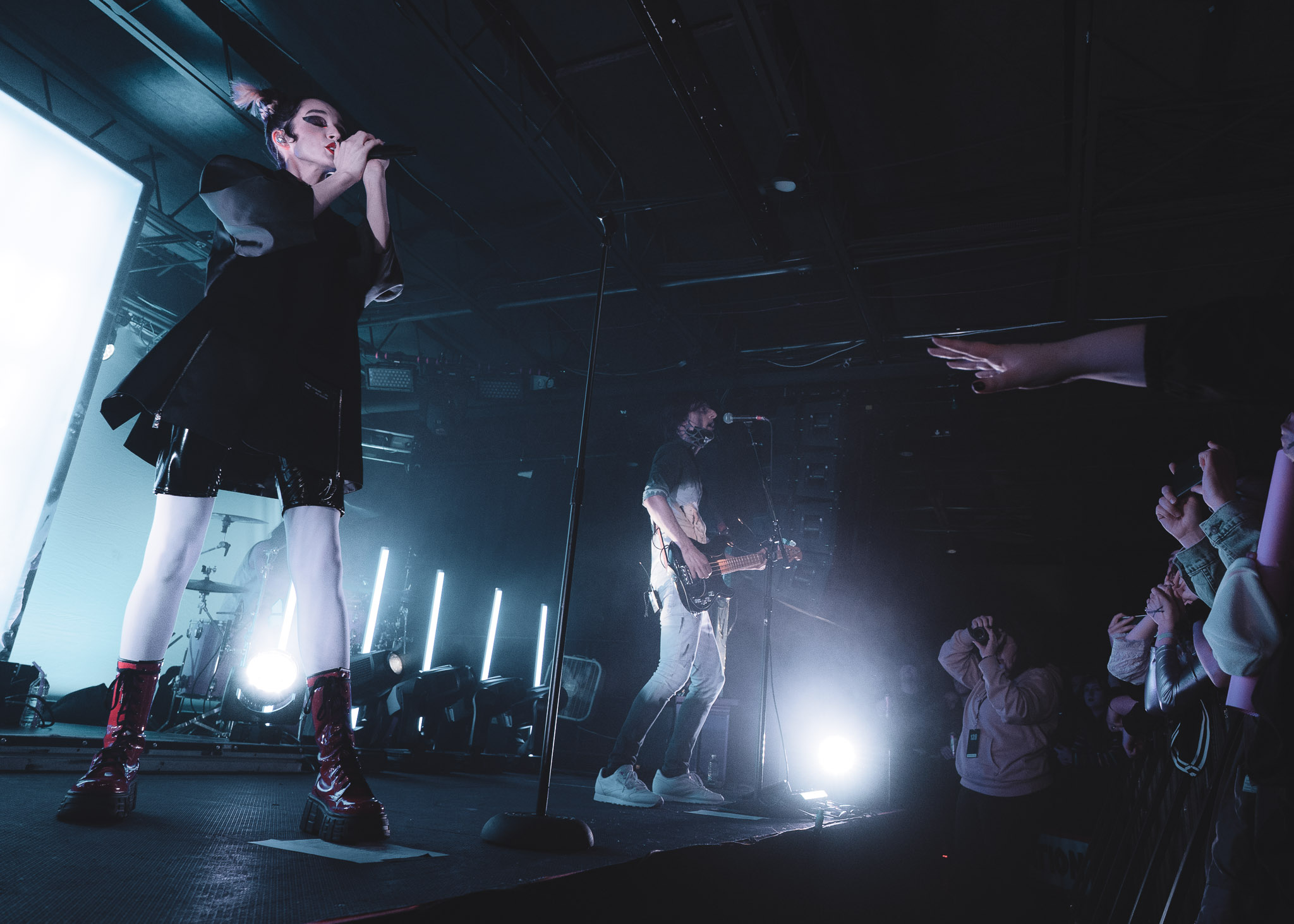 There was no shortage of punk rock vibes at The Underground on a Monday night. Fans sported their best mohawks, black eyeliner, and ripped clothing for Poppy’s Charlotte stop on the I Disagree Tour. I was truly transported to a 90s grunge basement show while  good vibes abounded as supporting act, Vowws took to the stage. The duo consists of Australian natives Matt and Rizz, and their hypnotic sound was unlike anything I’d heard before. The guitar, keyboard, and alternative vocal combination set the mood for the night and got everyone in the zone before the headline act.

Once Poppy took to the stage, the room lit up. Those lining the barricade were all true fans, yelling every lyric right back at the artist and reaching out in hopes of interacting with the performer. The electro pop/ rock sound was electrifying and got the attention of the entire room. Her energy was  infectious and it was clear to see that the stage felt like home. There was a unique lighting set up in the middle of the stage which projected light behind her but also acted as a mirror when the crowd was illuminated. The band was also killing it, she was supported by a guitarist, bassist, keyboardist, and drummer, which I appreciate because there’s just something about a full band that hits different at live shows.

Poppy of course sang several of her most popular tracks right of the bat including, “BLOODMONEY”, “Concrete” and “Play Destroy”. It wasn’t until after the band took their exit and the crowd chanted for her to come back on stage did she unleash the top hit from her most recent album, “I Disagree”. The pit immediately opened up and the crowd was all dancing and having a great time. It was pretty fun to watch though since her style mixes between slowed down verses and choruses that go hard with intense vocals and scattered screams.

Overall, it was a killer show, not a dull moment and everyone who showed out on a Monday night in the Queen City all seemed to be living their best lives.