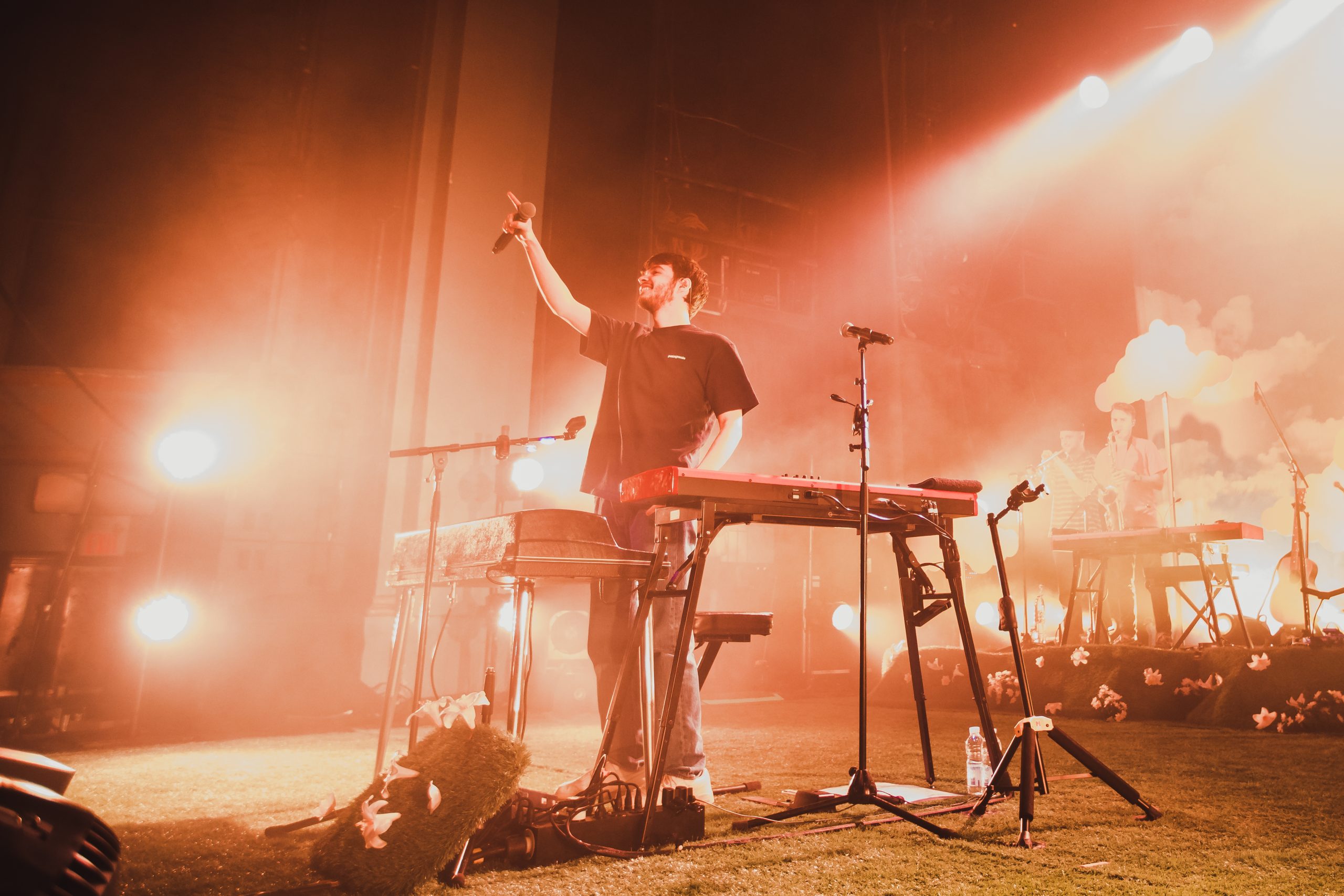 Rex Orange County performed at the sold-out Danforth Music Hall in Toronto on January 30th, 2020 for his Pony tour. Alex O’Connor, the 21 year old native from the UK released his third studio album Pony in October of last year. His lo-fi, neo-soul jazz style, infused with heavy trumpets and saxophone instrumentation on his production has captured the ears of a lot of people and has produced continued success for him. The overwhelming support of his fans were on full display as he sold out all three Toronto dates at the Danforth from January 29th to the 31st.

Alex performed songs from Pony as well as his top hits throughout the night. He opened up his set with 10/10, a synth-heavy pop song about self-development told in a brutally sad and honest way that a lot of his fans can relate deeply as everyone in the crowd sang along. He then followed up with Laser Lights and played the piano as he rapped on this hiphop track. The crowd was heavily animated throughout the night as he performed other tracks from Pony like Stressed Out, Pluto Projector and Every Way just to name a few.

Towards the end of his set, he also played tracks from his earlier discography like Loving Is Easy, Corduroy Dreams and Sunflower. The crowd’s energy elevated up even more when he performed these songs. He also performed Best Friend, my personal favourite from him. Right before the drop of the song, he asked the entire audience to put away their phones, stop recording and just sing with him and share that moment with him. He ended the night off with Always, a nostalgia-inducing feel-good track from Pony and ended the night on such a positive energy.

No One (Alicia Keys Cover)

Nevery Had the Balls

It’s Not The Same Anymore