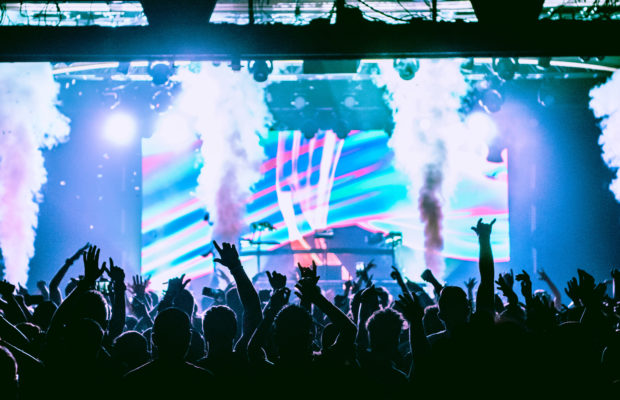 When it comes to EDM, few artists are quite as mesmerizing as DJ and producer Petit Biscuit. At only 19 years old, the French DJ has already taken the world of dreamy, tropical house beats by storm. His latest tour, titled The Presence, ended this week after 90 shows in 17 countries. The young and clearly rising star brought his iridescent set to Phoenix a few weeks ago to a delighted an energized crowd.

By the time Petit Biscuit took the stage, the crowd was visibly eager for the headliner to start. Clad in typically outrageous rave attire, fans at barricade waved glow sticks and grinned with glitter-adorned faces. With Petit Biscuit’s entrance, the young crowd erupted in cheers. Petit Biscuit’s set demonstrated practiced ease onstage, moving deftly from song to song while engaging the crowd. One of the most impressive parts of the show was the light and projections used to augment the shimmering music. Candy-colored moons, undulating neon waves, and intricate light designs added a layer of wonder to the already dreamlike production. Throughout the set, which included favorites “Sunset Lover,” “Problems,” and “Suffer,” the audience was taken on a wondrous journey visually and sonically. Petit Biscuit may be young, but he undoubtedly knows how to put on a show.