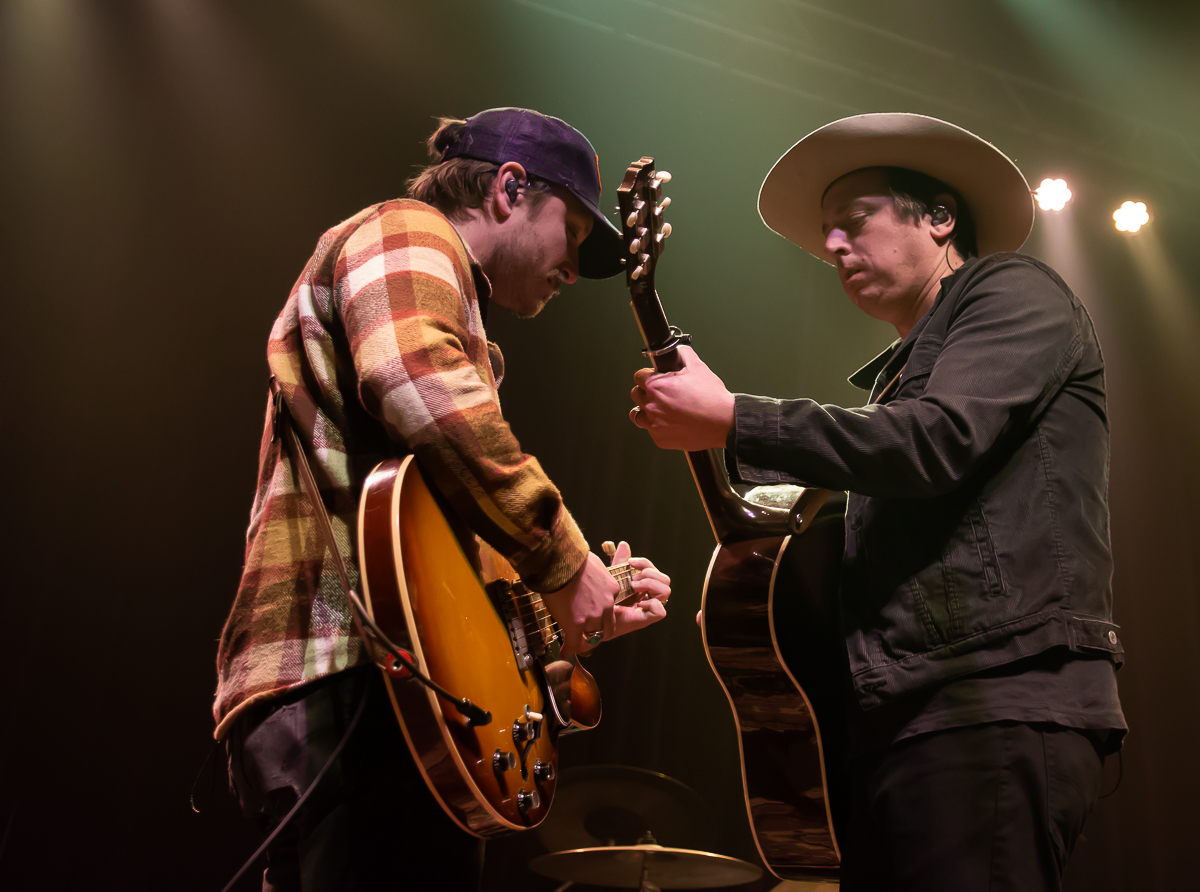 Michigan Rattlers with The Wild Feathers

Nashville country rock band The Wild Feathers performed a string of shows recently, making a stop in Louisville, KY on December 2nd with Michigan folk rock band Michigan Rattlers. The Wild Feathers have been performing as a band since 2010 and have gained a dedicated fan base, with many in attendance this evening sporting their band shirts! Chatting and joking around with the crowd between songs, singer/guitarist Joel King said that they were having fun and that it was good to be out with their friends in Michigan Rattlers. Performing a sizeable set list this evening, the band started out with “Kitchen Breeze” from the deluxe addition of their 2013 self-titled album. Performing other older tracks, including “Hard Times”, “If You Don’t Love Me”, “Left My Woman”, “Happy Again”, and “Help Me Out”, they also performed tracks from their latest album, 2021’s Alvarado, including “Side Street Shakedown”, “Out on the Road”, and “Midway Motel”. The band also performed a rousing rendition of the Traveling Wilbury’s hit “Handle With Care”, with had the crowd singing and dancing along! Announcing “Cheers Louisville! Thanks so much!” as they neared the end of their set, they ended the set with “Ain’t Lookin'” from Alvarado. They had a fun energy on stage and made sure their fans had a great time!

Closing out the evening was the Michigan Rattlers. Having released their self-titled EP in 2016, their debut full length album Evergreen in 2018, and their most recent album, 2021’s That Kind of Life, they performed a varied set list of older favorites and newer songs. Although they were labeled as a country band early on, it’s clear that they have evolved beyond that label and have encapsulated a broader rock sound as a band. Singer /guitarist Graham Young, bassist Adam Reed, pianist Christian Wilder, and drummer Tony Audia were having a great time together on stage, as well as with the crowd, and the crowd was singing along throughout their set and matching the band’s energy! It was evident that these guys feel at home onstage, giving their fans an amazing musical experience and engaging with them throughout the set.