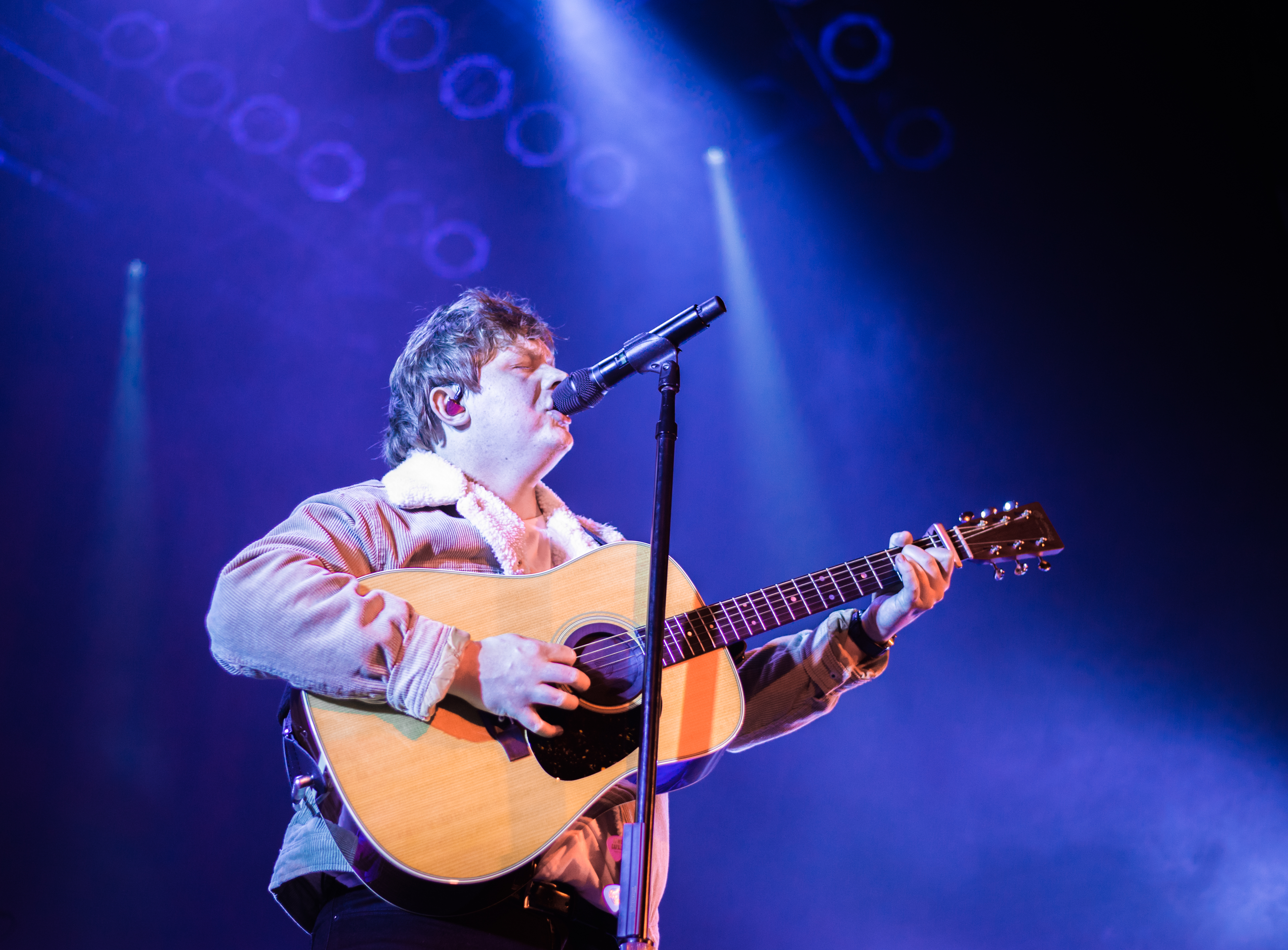 There simply aren’t enough words in this universe that can be used to describe Lewis Capaldi. Upon first glance, many write him off as the average chubby Scottish man, but then he opens his mouth. Whether it be to talk or to sing, something unexpected is always coming out of that man’s mouth. We can’t put our finger on what is quite so alluring about Lewis Capaldi, but the entire world is falling for his charm, us included. Days after Capaldi announced his partnership with Tinder, we got the opportunity to experience this comedic legend in person at the House of Blues San Diego. We didn’t happen to swipe right on the icon himself, but he still made September 27th a night to remember.

Walking onto the stage with the confidence of a male stripper, Capaldi began to belt his banger “Grace.” Instantly, the girls in the audience went crazy. There were thousands of declarations of love thrown at him, but he could only respond with “I love you too, stranger.” People were fighting for his love, hands were being thrown and people were getting kicked out, all while Lewis Capaldi brought an entire audience to their knees with the power of his voice.

From simply reading this, it sounds like we attended a hard rock concert profiled by groupies and mohawks, but really Lewis Capaldi is just a sad man who writes sad songs for sad people. His ballads are equally, if not more, painful than stepping on a Lego.

Between talking about his “sweaty tits” and taking a bathroom break with his microphone, Lewis Capaldi managed to make an entire room of fully-grown adults, and a few children, sob and laugh. Then sob some more. Then laugh some more. After the show, the floor was sticky with a disgusting mix of tears, alcohol, and bleeding hearts. Honestly, this combination perfectly sums up a night out at Lewis Capaldi’s “rock and roll” show. It’s scary how one man can have that much emotional control over thousands of people.

Progressively throughout the show, each song got more devastatingly heartbreaking than the last and his gorgeous, rich voice was the nail in the coffin. We will eternally be stuck in Lewis Capaldi’s world. Forever torn between his heavenly voice and the melancholic hell his beautiful voice describes, Lewis Capaldi owns us.

If you ever get the chance to see Lewis Capaldi live, we 11/10 recommend attending. His overwhelming vocals will conjure up the worst memories of your entire life, but simultaneously shine a light on something brighter. Perhaps a future of swiping right on the legend himself will be the motivation you need to pull you out of the depths of your past. Whatever it may be, stream Divinely Uninspired To A Hellish Extent now and revisit the traumas of your past and imagine a brighter future. A future without that terrible person haunting your memories.