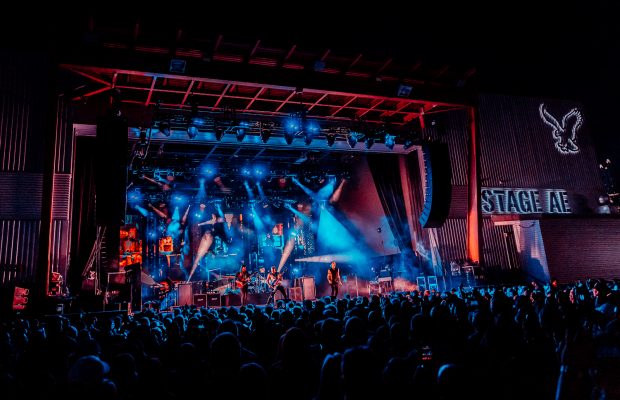 When the ALTimate Tour featuring my favorite  90s bands Bush, +LIVE+ and Our Lady Peace was announced earlier this year I could barely wait until August finally rolled around.

The show at Stage AE in Pittsburgh sold out a few days beforehand and everyone was there to have a good time.

First on stage were Our Lady Peace and they had the audience singing along to their songs right away. Unfortunately their set was rather short. I would have loved to see them play an extra 2-3 songs.

Next up were Bush, who would have blown the roof off the place, had it not been an outdoor show. The highland for many in the audience was when Gavin Rossdale went off stage during Little Things and walked through the crowd, giving high fives and hugs along the way, before returning to the stage to play a solo acoustic version of Glycerine. He was joined by the rest of the band for their final song of the night Comedown. What an amazing performance.

The final performance of the night was by +Live+. They finished the night off perfectly and it was great seeing such an energetic band on stage. They played two cover songs, where I would have preferred them playing their own songs, as their set was only a little over an hour. In review, the night could have not gone any better for the audience, as well as the bands. It was an unforgettable concert all around.