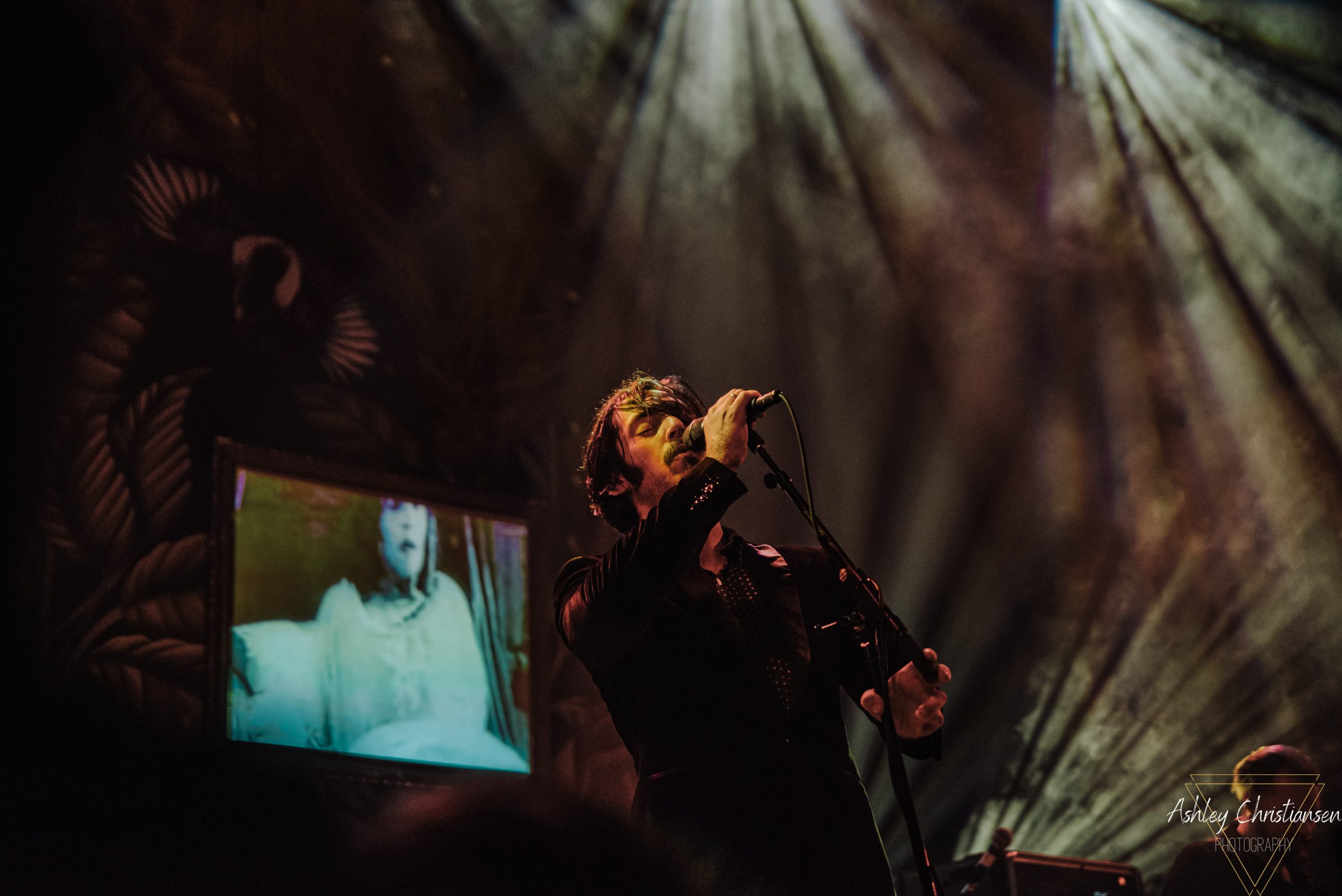 Murder by death kicked off the second leg of it’s 20th anniversary tour in the heart of Fort Collins, Colorado at the newly renovated Washington’s. The band shared the stage with Denver’s own, Slim Cessna’s Auto Club, and it made for a night that no one would soon forget.

The intimate venue allowed fans to feel extremely involved in the process of setting up for the evening, even being able to chat with some of the stagehands and band members as they readied the stage. A laid-back atmosphere made it feel like a family reunion more than waiting for a show. As the venue grew more and more crowded and the anticipation started to rise, the lights began to dim and onto the stage came the band Slim Cessna’s Auto Club. This band, boasting sounds of Gothic country, was the perfect kick off for Murder by Death. Originating from Denver, the band is considered local and had the crowd on their feet the entire time singing along to every word. Their alternative sound and fantastic stage presence was everything that you could want in a performance and more.

After SCAC set was finished, it was time to get ready for the main show. Listening to the crowd speak about when they first heard the crooning of the band and how long they had been fans was awesome. You do not always get to see a band with a fan base of this size and has been around for this long. The band took the stage to an uproar of applause and began their set with one of their newer songs, Alas I must Go. The high ceilings and design of the building allowed for the beautiful acoustics to echo throughout the theater, all while the crowd shouted along the lyrics of the songs. Something even more incredible with this tour is that no two will be the same; the band will be changing the set list each night to cover their impressive and extensive collection. Throughout the show, the crowd was able to converse with Adam, the lead singer of the band and one of the founding members. He even took requests such as a song about how his dog will never die that he shared on social media. It was informal and relaxed and an amazing show to experience. From the banter between Adam and a patron giving each other compliments all night, to the incredible music, it was a show to remember.