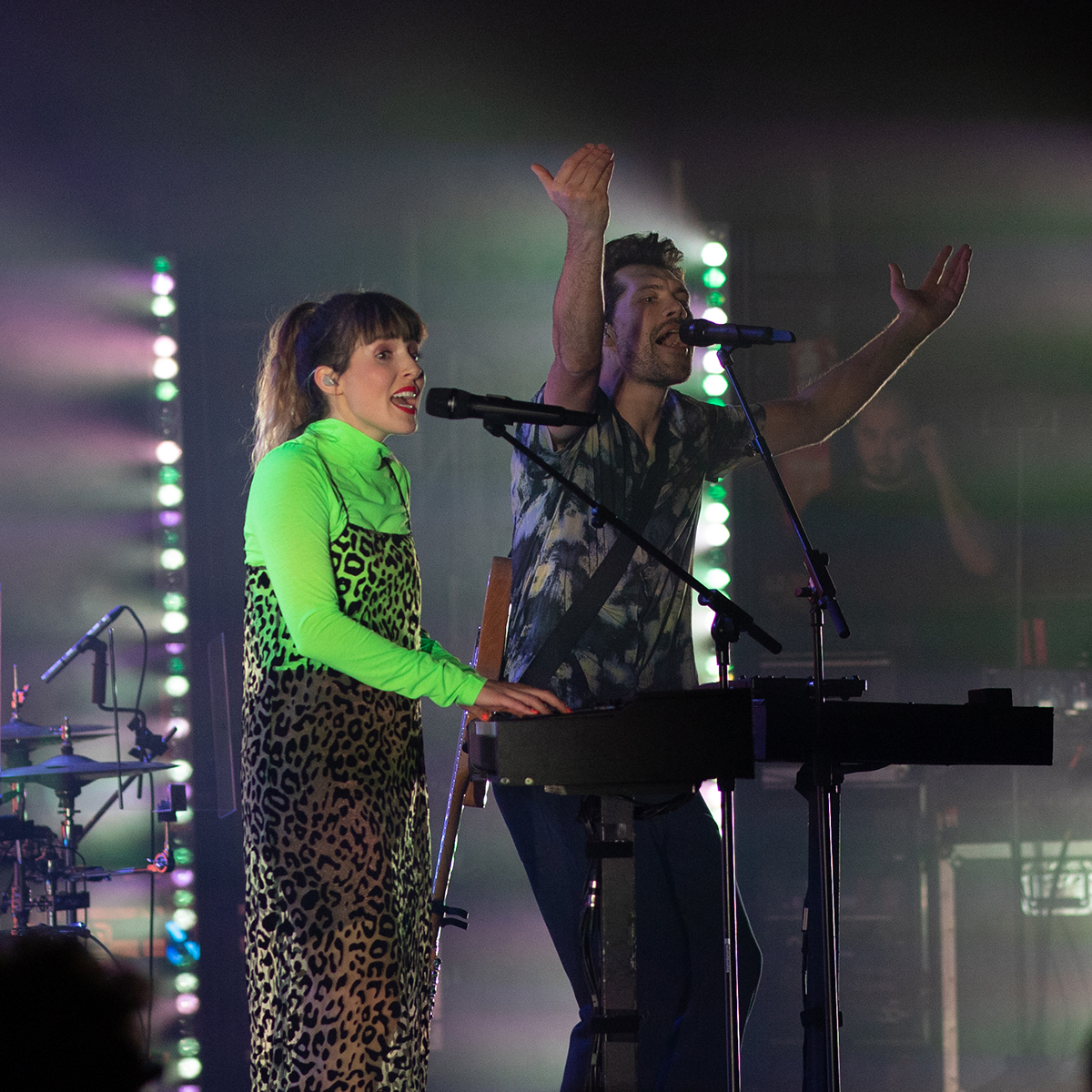 Oh Wonder brought their ‘Wear Your Crown’ tour to the o2 Academy in Bristol (UK) on March 06th 2020. They’re a indie/alternative pop duo based in London which is made up of two members, Josephine Vander Gucht and Anthony West. Before the duo was formed, both parties were musicians on their own accord, Josephine was a solo artist and Anthony had been in numerous bands. They first met each other in 2010 when Anthony attended one of Josephine’s shows, fast forward a year later and she attended one of Anthony’s shows and from then on they started talking, began to write songs and make music together. It goes to show that anything is possible, the duo are also in a relationship together which makes the professional partnership even more special as they gel so well together and create beautiful music.

Since 2014 the duo have been releasing music together, they have three studio albums to their name. Their first Album ‘Oh Wonder’ was released in late 2015, it has sold nearly one million copies worldwide and is certified gold in multiple countries and even platinum in some countries. Then in 2017 they released their second album entitled ‘Ultralife’ and most recently in 2020 ‘No One Else Can Wear Your Crown’ which was the tour I attended and photographed.

I sadly didn’t actually manage to catch the support act for this show, they must have came on really early. The support however was called Dizzy, they’re a Canadian band made up of four members.

Oh Wonder took to the stage at around 8:15pm which was incredibly early compared to all the shows I’ve been to at the venue before. The fans didn’t have to wait long at all after the doors opened to see the duo live. The set lasted well over an hour, throughout the night the energy was electric between both Josephine and Anthony. You could really tell how strong the connection between both of them is, Josephine especially as she couldn’t stop smiling and looking at Anthony as they performed. There was a really nice chemistry between them both which is really good as they’re in a relationship together and with that being a professional one as well it’s nice to see.

You should really check out their new album entitled ‘No One Else Can Wear Your Crown’. Some of my personal favourites are: I Wish I Never Met You and Happy.