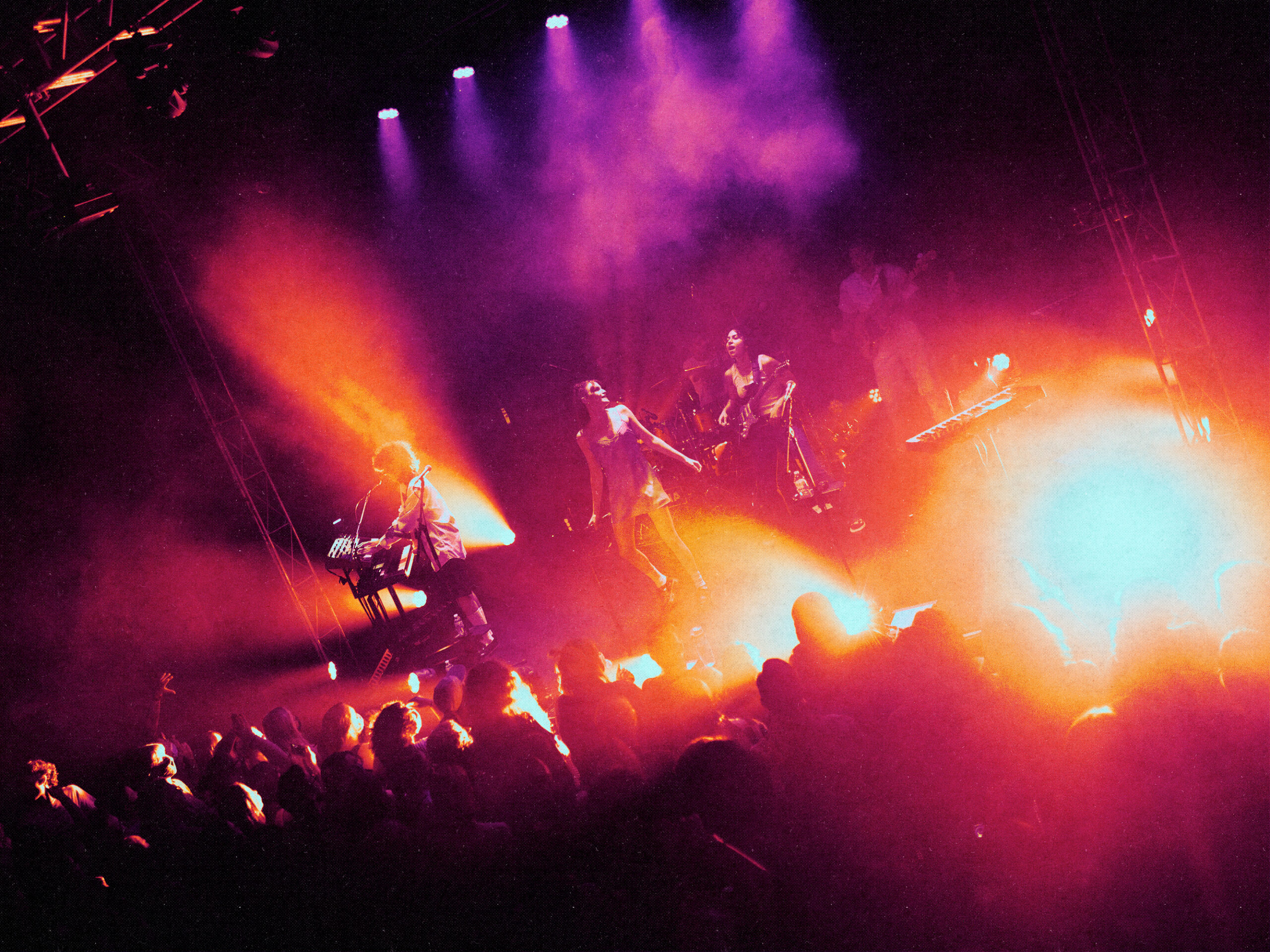 Halfway through their tour for their recently released self-tilted album, MUNA made their way to Headliners Music Hall in Louisville, Kentucky to play a sold out show. Fans drove from near and far to attend this long awaited concert.

To kick the night off, singer-songwriter Jensen McRae walked on stage with an acoustic guitar and began to sing. She captivated the crowd with her calm yet powerful voice. Performing unreleased songs as well as her more well known singles “Dead Girl Walking,” and “Immune”. She is someone to watch out for in the upcoming music scene.

As the crowd anxiously waited, the house lights dimmed and the crowd erupted. MUNA walked onstage and opened up with one of their recent singles “What I Want”. This song pumped the crowd up so much. As I turned to face the fans, people from the front to the back of the room were jumping up and down with one another while shouting the lyrics right back at the band.

Their setlist was a good mix of old and new music, performing songs such as “Pink Light,” and “Kind of Girl”. The band covered “Mr. Brightside,” by The Killers which caused a surge of energy through the room. Seeing so many people shout and dance sent chills through me. A room full of community.

The indie-pop band played their single “Silk Chiffon,” to close out the night. They brought out Jensen McRae to sing Phoebe Bridgers’ verse on the song and the crowd went nuts. A perfect way to end the night, full of love and dancing. Everyone in the room had a giant smile on their face. If you are looking to have a good time, going to a MUNA show is the best place to start. Try to catch them at one of the remaining tour dates here.