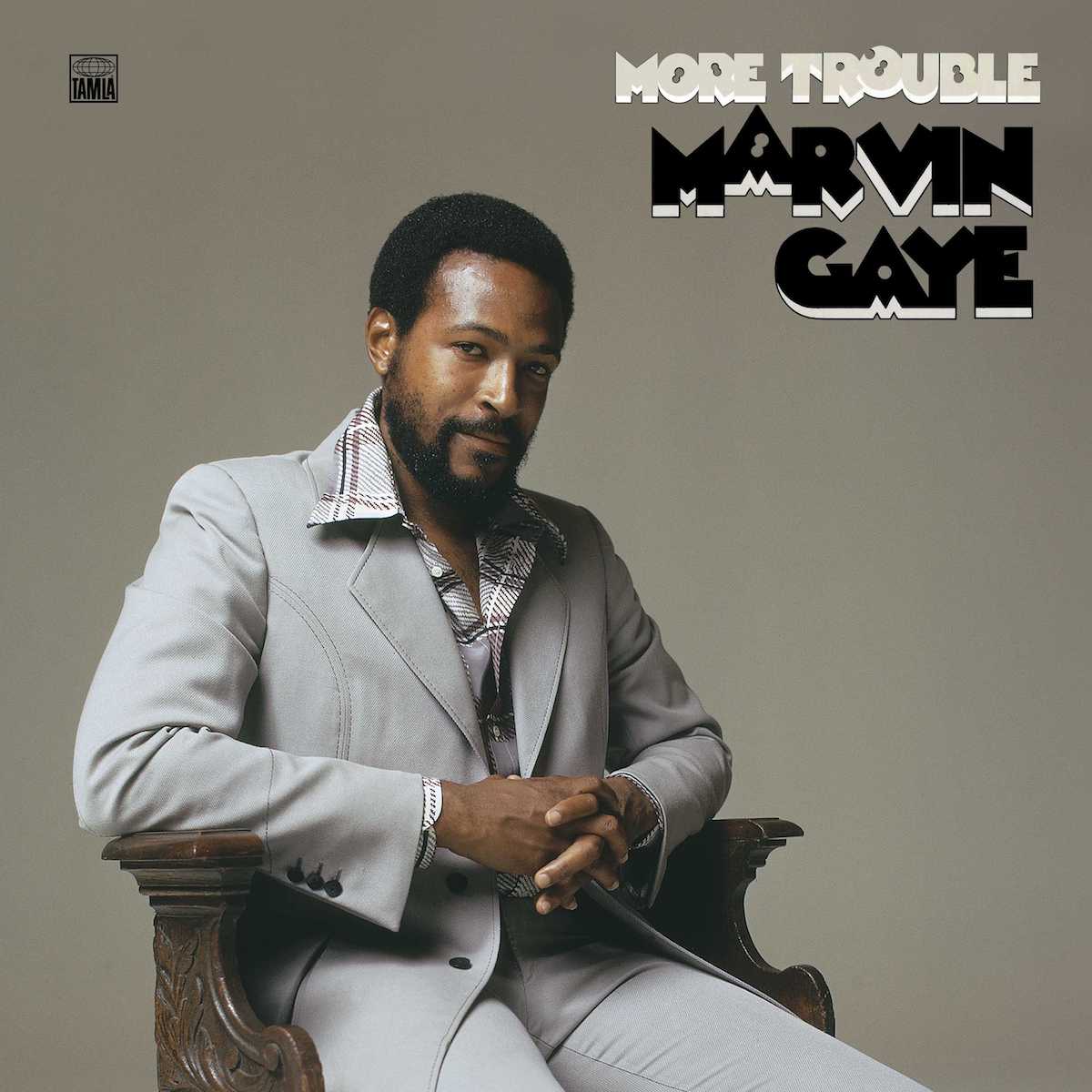 On April 2, 1939, Marvin Gaye, Motown’s “Prince Of Soul,” was born with a destiny to define the sounds of soul and R&B.  To celebrate his life and legacy and an influential chapter in his inimitable discography, Motown/UMe has released More Trouble, a vinyl-only collection of alternate and extended versions of tracks from his 12th studio album, Trouble Man, the 1972 soundtrack for the cult film of the same name.  Culled from the 40th anniversary expanded edition of Trouble Man released on CD in 2012, this marks the first time these sonic gems have been released on vinyl. More Trouble was mixed in hi-res audio from Motown’s original 16-track session reels by the legendary John Morales, and newly remastered by Alex Abrash at AA Mastering, who mastered Gaye’s critically acclaimed lost album You’re the Man, released last year in celebration of the legend’s 80th birthday.  These revelatory alternate tracks are also available to stream, as is the full album, the original film score and more outtakes, as part of Trouble Man: 40th Anniversary Expanded Edition HERE.  Marvin Gaye was already a hit artist for a decade when, in 1971, he reached new heights with his landmark album What’s Going On.  His next move?  A mostly instrumental, orchestral jazz-soul soundtrack for the now-forgotten film “Trouble Man.”  Though a surprise to followers, the title song – one of the album’s few vocals cuts – became a top 10 smash.  The album became a touchstone, attracting new fans, including musicians who started the acid-jazz movement from its bones.

More Trouble is presented in a throwback to the album’s original design, this time with a photo of Gaye on the cover of the gatefold jacket that, in keeping with album’s theme, is an alternate to the iconic one on the original soundtrack LP.  Additional imagery includes scans of the original session tape boxes.  New liner notes are by musicologist Dr. Andrew Flory, author of the essay for the Trouble Man: 40th Anniversary Expanded Edition gatefold jacket.  Among the nine tracks are an alternate vocal version of the song “Trouble Man,” as featured in the original film’s opening sequence but not the subsequent soundtrack; an extended take of the hip-hop sampler’s favorite, ““T” Plays it Cool;” and a rare vocal version of “ “T” Stands For Trouble.”  Beginning his musical career in the 1950s, Marvin Gaye started off singing with Harvey’s Fuqua’s Moonglows.  Fuqua brought him to Motown, where he recorded his first album in 1961.  Gaye’s output evolved from Prince of Soul pop to a more artistically driven series of albums in the 1970s.  He became one of the most revered artists in the world, influencing countless artists and changing the face of music forever.  A gifted, visionary talent, he tragically died April 1, 1984, just one day before his 45th birthday.  Three years later, he was inducted into the Rock and Roll Hall of Fame Motown.  With More Trouble as proof, Gaye continues to hold his place as one of the greatest singers, composers and producers of all time.  You can order More Trouble HERE.