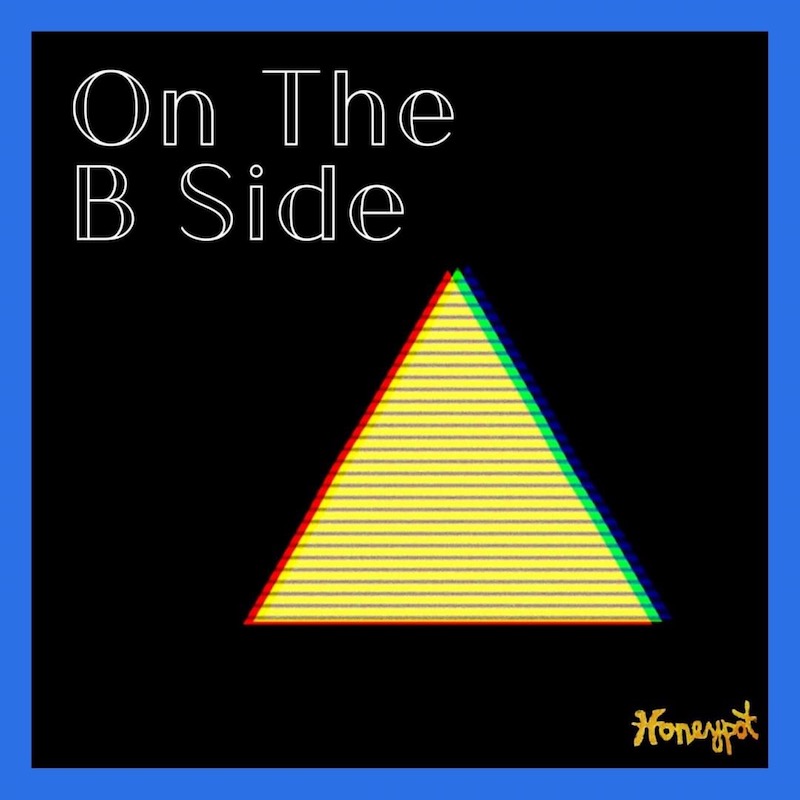 Frank Hartman of the Honeypot Band has been known to use his music and platform for his love of music, but also to be unapologetically honest and open about everything.  His frank (no pun intended) tendencies are something we genuinely appreciate, and are on the list of reasons we love him.  His band has dropped another track and video, this one being the title piece of his full project, “On the B Side.”  For those who are not fluent in the music industry vernacular, the B side of an album is filled with songs that are an added listening bonus to the fuller release.  Beginning with grungy guitar riffs and chanting vocals saying, “Hey kid, do you wanna be rich like me?”, Honeypot quite literally tells a story of a real life event, with pauses in the track that explain some hesitations he and a friend had when propositioned for something that turned out to be a pyramid scheme.  This experience inspired him to write about the plot that was eventually sued for millions of dollars.
“The idea for ‘On the B Side’ came about when a friend and I were propositioned for what turned out to be a pyramid scheme that got sued for millions. As with most charlatans, he promised all the trappings of wealth. The B Side is being at the bottom of the pyramid. Consequently, you are locked out of the trappings of fame and wealth that go to the people on the A Side. It never fails to amaze me how people are so easily duped with the promise of success without work. In my experience, you achieve success one step at a time.” – Frank Hartman of Honeypot
Honeypot’s previous single + video “Over the Line” dropped last month and is putting them on the map! The Charleston, SC band is heavily influenced by classic rock and prog rock bands like Rush, Alice in Chains, Tool, and Guns n Roses. Honeypot is known for their unapologetically political criticism and sharp satire, and we can’t wait to hear more.  You can connect with Honeypot via the following links:
Website | Facebook | Instagram | Twitter | Spotify