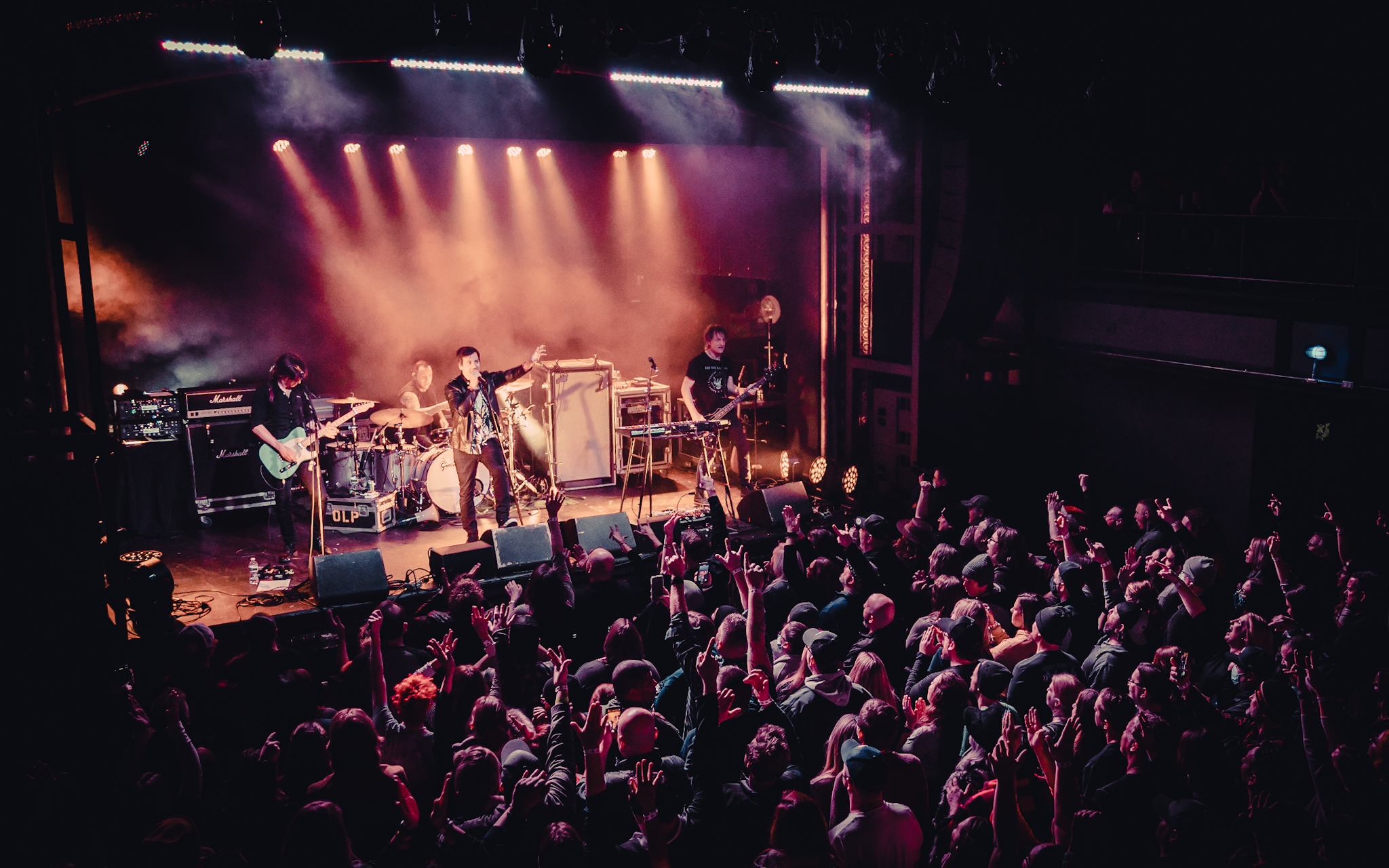 On Saturday, Canadian rockers Our Lady Peace finished their US tour at the almost sold-out St. Andrew’s Hall in Detroit, MI.

When the doors opened at 7 pm on a chilly evening in Detroit, fans from not just the US but also Canada quickly made their way into the beautiful St. Andrew’s Hall. Despite temperatures around the freezing point, fans lined up earlier in the day to ensure they make it to the front row.

By the time Our Lady Peace took the stage, the venue was completely filled with excited concert-goers who could not wait until the lights go down and their favorite band takes the stage.

They opened with a new song off their upcoming new release called “The Message” and the rest of the show was a great variety of songs that span most of their musical career. Highlights were “Paper Moon“, “Superman’s Dead” and “Clumsy“.

After 80 minutes of pure rock music, the band left the stage but came back for an encore. They played their newest single “Stop Making Stupid People Famous” followed by two of their biggest singles “4 am” and “Starseed“.

They left with the promise to come back on tour in 2022 and everyone left the venue excited about what’s to come in the New Year.

The Message
Right Behind You (Mafia)
One Man Army
Superman’s Dead
Innocent
Wish You Well
Drop Me in the Water
Paper Moon
In Repair
Seasons (Waiting on You) (Future Islands cover)
Is Anybody Home? (>)Maps (Yeah Yeah Yeahs cover)
Naveed
Ballad of a Poet
Somewhere Out There
Clumsy