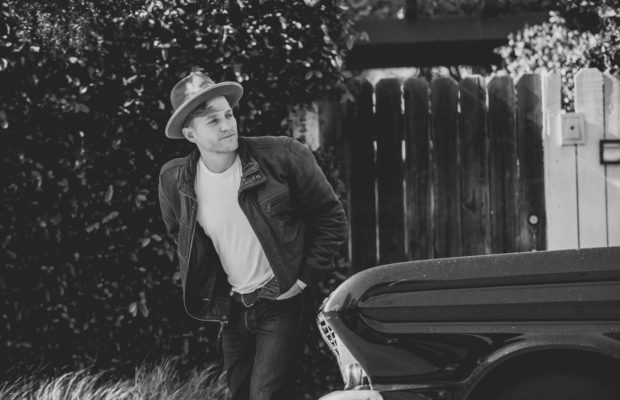 Americana/folk/pop singer-songwriter Mitch Bradford grew up in Brownsville, TX with a love for artists such as Neil Young, Jackson Browne and Joni Mitchell.  Inspired by their warm and simplistic lyrical styles and composition, Bradford began writing his own music 15 years ago.  While still writing music on the side, Bradford accepted a position with Google a few years ago that led him to travel frequently to California.  It was there that he soaked in the essence of California-the people, the warmth and the salt in the air-and knew that is where he was meant to be.  He relocated to California and decided to pursue music full time, teaming up with Grammy Award-winning producer Matt Ross-Spang (Chris Isaac, Jason Isbell and Zac Brown) two years later to write and record his debut album Love Is Kind.  Although the album was recorded in Memphis, TN, Bradford drew plenty of inspiration from California, giving his album a “California country” feel that’s reminiscent of the 1970’s folk-rock “Laurel Canyon Sound” of artists like The Eagles and James Taylor.  In addition to music, he also writes screenplays and is a filmmaker, which ties into his love of writing.  He is always aspiring to be a great writer, whether that’s with songwriting or screenwriting.  With his new album out today, Bradford plans to work hard to promote the album and get the songs out there to the public.  It will be exciting to witness the bright future that awaits such a gifted artist!  Staff writer Emily May spoke recently to Bradford by email recently and discussed the new album, his love for vinyl and what’s next for him.  You can stay up-to-date with him and all upcoming tour dates and can stream and purchase his music via the following links-Website, Facebook, Instagram, Bandcamp, Spotify, SoundCloud, Deezer and Apple Music/iTunes.  Check out his video below for “Love Is Kind” from the album!

You grew up listening to artists such as Neil Young, Joni Mitchell and Jackson Browne. The simplistic, warm nature of their lyrical styles and composition inspired you to start writing your own material. What was it about their style of writing and composition that appealed to you?

I think they wrote from an honest place. I love that line that Jason Isbell says. “Americana is music from the heart.” I write from the heart too. I try to emulate them.

Although music was your first love, you accepted a tech position at Google a few years ago, writing songs on the side. I read that besides music, you also love technology. Did that love draw you to the job with Google and do you feel that you learned a lot while working there? How do you view the connection between music and technology and do you feel that your love for technology has helped you in your music career?

Yeah. I loved my time at Google. The people are incredible. They taught me how to think. And how to prioritize. It was my graduate school.

I think technology has opened up distribution. Anybody can go online and upload their music. It’s cutting through the noise and building an audience that’s a challenge.

While at Google, you took a work trip to California that inspired you to move there and pursue music full time! What was it about California that resonated with you so deeply?

You recorded your Debut album, Love Is Kind, with Grammy award-winning producer Matt Ross-Spang in Memphis. What was it like working with such a legendary producer? What was the writing and recording process like for the album and what do you feel was the inspiration behind the songs?

He’s probably one of the hardest working and chillest dudes I’ve ever met. It was great working with Matt. I have zero complaints. I was intimidated by him. I still am! He has a presence about him that’s hard to come by. But that usually means you’re working with somebody incredible.

Fetzer Design is responsible for your album artwork. How did you meet and come to work with them and how involved were you in the design? Did you have an idea in mind for the artwork from the start or was it more of a collaborative effort?

I like to collaborate. Collaboration is key to any art form. I gave high-level direction and notes, but Fetzer Design had total oversight over the project. It’s a testament to their sensibility and quality that it turned out so well. They captured the “California Country” vibe!

I read that vinyl has always had a huge impact on you. What do you love about vinyl and when did your love for vinyl begin? Are there any records that hold a special meaning for you or that hold a special nostalgic place in your heart? Do you have a favorite record store?

I inherited a bunch of records from my grandparents and parents, back in the CD days when vinyl wasn’t as popular as it is now. I like the artwork and the presence of holding a piece of vinyl. It’s tactical and it makes you listen to the whole album. That sort of immersive experience is something I enjoy. I think my current favorite record store is Amoeba Music here in Los Angeles. But I haven’t found a record store I don’t like.

I read that when you are not writing music, you write screenplays and are a filmmaker! How did your love for film begin? What inspired you to start writing screenplays and filmmaking and are you currently working on anything? Do you have particular storylines/subjects that you like to write about or include in films?

Yeah! I’m working on two features: one’s a thriller, one’s a romantic comedy. I like writing in general – whether it’s songwriting or screenwriting. I’m just trying to be a good writer.

Who are you listening to right now? Are there any current artists that you find inspiring?

Hmm … I wish I could say I have someone new to listen to. I’ve been so focused on promoting this record, I haven’t had much time to dig in to other artists. But I really like Leon Bridges, Margo Price, Sturgill Simpson, Tyler Childers, Ryan Bingham. Folks like that.

What’s next for you? What are your goals going forward?

We’re going to try and go far and wide with this record. I’m excited. The songs have potential, and now we need to do the work to get them out there.