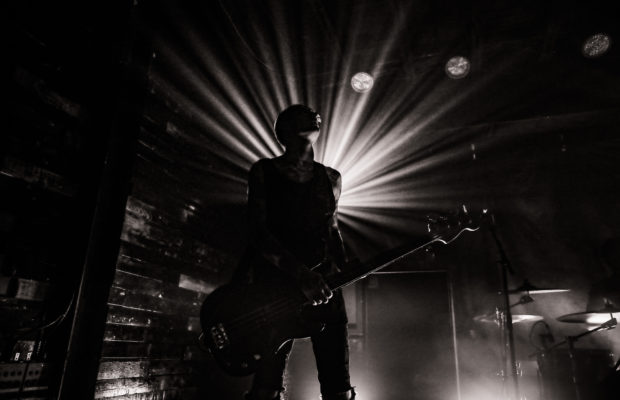 Counterparts with Being as an Ocean, Have Mercy

Any Orlando and/or Central, FL.  natives know the Soundbar, previously known as Back Booth, and what a crazy fun venue it is. As for those of you who are reading from out of state or further i’m going to need you to picture a small bar with a waist high stage and dim lights, that in reality should only ever have 50 people inside, and now I need you to imagine it sold out to capacity with metal fans spin kicking off of a stage that can barely fit the band.

I honestly had no idea what to expect at this show knowing the venues size, but I couldn’t have prepared worse. I myself, being a huge fan of Have Mercy, figured I would be walking into a fun and energetic Emo/Alt show with some moshing. Instead I walked into a full on metal show and from the first kick of the bass from Varials the crowd opened into a circle pit that either forced you to rage or had you running to hide out in the bathroom until the end of the set.

After I got a feel for the crowd and made my way to the stage, Have Mercy came on and mid set announced their new album With You Theres A Heaven (tba) and played a new song from it. The song was much slower than previous songs they have produced, so I’m really excited to hear what kind of sound they bring to the new album.

Being as an Ocean came on after and everyone instantly bum-rushed the stage, the energy from the crowd mixed with the strobe lights was, from a photographers point of view, absolutely terrifying.. no really, I thought my camera was going to be scrap metal by the end of the night. At one point Joel Quartuccio (BAAO’s frontman) jumped down and joined the mosh pit for a few songs which fueled the energy even more.

Last up was Counterparts who didn’t even have to start playing before the craziness began. I lasted two songs before I couldn’t take it anymore and I decided to call it a night, but during those two songs I was able to see why everyone loves this band. I had never heard them before and they were not what I expected but I left with a copy of Private Room in hand which I can’t wait to listen through. Over all it was a crazy night that Im glad I got to be a part of.