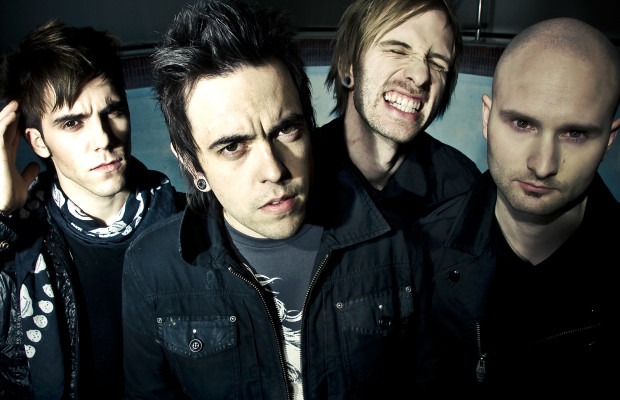 Looking back to when you first started and where you are now, what could you say has changed the most about music in general?
We write chorus’ now. We use to be great at writing catchy verses but then fall flat when bringing it all together in a memorable chorus.

After working with each other for so long, do you have a routine when it comes to song/ music writing or does it change on a regular basis?
When we first started we would all stand in the same room smashing away on our instruments hoping a song would come out. It would be so loud that no one could really hear what one in other was doing. That way sometimes works but now we get a lot farther with one or two guys strumming an acoustic writing down lyrics as they come. We have a rule that if the song doesn’t come across acoustically it’s probably no good.

Touring seems pretty glamorous to those who haven’t or aren’t doing it. What are some horror stories you have about past tours?
We’ve toured at all levels. We’ve gone from airplanes and private villas to minivans and motels. One time a bunch of years ago we opened for the Used as the first day of a cross Canada tour. It was a sold out show at the State theatre in Detroit Michigan, It was great, kids were going crazy. We came off that show feeling like we were on top of the world. Day two of the tour we played a headlining show at a sports bar in Mississauga Ontario. We literally had 18 people watching us. Touring has a way of bringing you up at the best times but also slapping you in the face at the worst. It seems like there’s always something that comes up to remind you (pardon the AC/DC quote) that it’s a long way to the top if you wanna rock ‘n’ roll. From transmissions blowing out and having to call a cab to take you and your gear to the next tour date ($350.00) to flipping the trailer on a back county road only to come back hours later to see someone has taken all your gear. From playing in front of a sold out show in Indonesia (15,000 people) to the next week playing to 15 uninterested people in a sports bar. I’ll quote one of our old tour managers as good words to live by… “You gotta take the crunchy with the smooth.” Amen brother!

Which album of yours would you recommend to new listeners?
Our latest album Rock ‘N’ Roll is the best.

How do you generally select which song you want as the new single?
Everyone has their opinions on singles… on Rock ‘N’ Roll we could tell even before Satisfied was finished that it was gonna be the one. It can be a tricky thing especially when a label is involved. You just gotta hope that everyone who is working on your project is on the same page. We’ve been lucky with Rock ‘N’ Roll.

Why did you decide to name your last album Rock n’ Roll?
‘Cause it’s a simple rock record. Some of our other work tended to dabble in other genres a bit so we really wanted to focus this on one thing.

So far, what would you say your biggest accomplishment has been?
All the fans that we’ve made over the years. It’s one thing to write a great record and release it. It’s a whole other thing to have people buy it. There is so much music out there these days that to have anyone give a shit about your band is a honour.

In terms of music, what are some guilty pleasures?
I never feel guilty about listening to music. A good song is a good song.