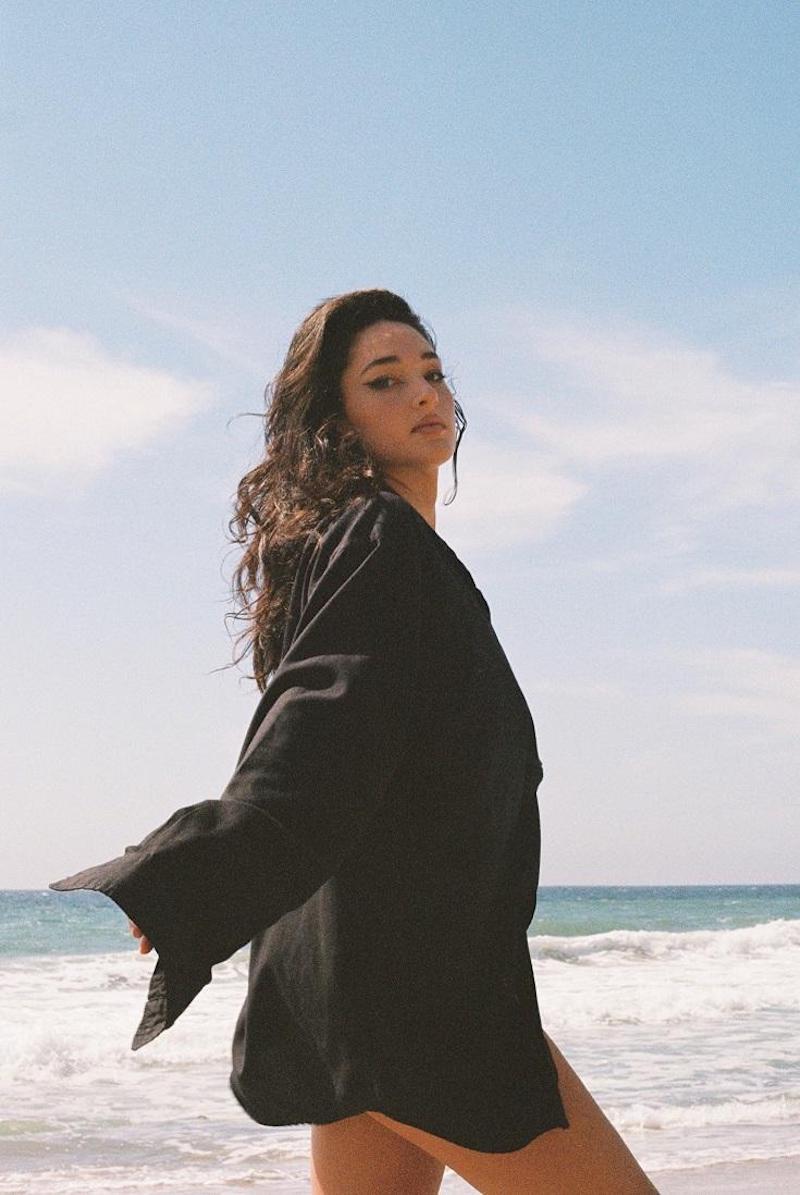 LA-based singer/songwriter Maeve Steele has released her luscious and enchanting new single “Riptide” off her forthcoming EP Overland, out September 16th, with an exclusive performance of the track with The Recording Academy. Pre-save the EP HERE. Named after a street Steele frequently drives on in LA, the forthcoming 5-track collection embodies its own little world and a metaphorical bridge as well as a physical one. Recorded with multi-platinum producer/mixer/engineer Brian Malouf (Michael Jackson, Madonna,) Steele’s songs are bittersweet meditations on growth, change, and self-discovery, profound works of introspection wrapped in effervescent pop packaging that belies their true emotional depth. She draws on everything from roots music to disco in her writing, and the juxtaposition of such wildly disparate sonic influences only serves to heighten the boundless sense of freedom and curiosity at play in her lyrics. It’s precisely that impermanence, that fleeting transience that makes life and love such precious things. Every loss comes laced with gratitude; every ending marks another new beginning. The gray areas define our journey, and Maeve Steele is here to soundtrack it.”Riptide” follows airy and mesmerizing lead single “Slow Down” about being present and savoring every moment we have in our uncertain world.

Born and raised in the Bay Area, Steele developed her voracious musical appetite and distinctive fashion sense at an early age, inspired in large part by the Haight-Ashbury scene of the late 1960s and early 1970s. While Steele’s formal introduction to music came through classical violin lessons that began before kindergarten, her family’s home was regularly filed with the sounds of folk, Americana, and country records. The evocative lyrics and indelible melodies proved irresistible, and by the time she was in elementary school, Steele was teaching herself to play guitar and beginning to write her own songs. Hungry to learn more about the business side of things and eager to surround herself with other likeminded folks, Steele moved to Nashville for college, where she studied literature during the day and honed her craft at night. Though she initially envisioned a behind-the-scenes career writing for other performers, her plans quickly changed once she got her first real taste of being onstage. “I was 19 when I started doing these songwriter rounds in Nashville, and something clicked where I realized I didn’t want to just churn out songs and then give them away,” she explains. “I realized that I needed to see my songs all the way through, that I needed to be an artist rather than just a songwriter.” With a growing collection of mesmerizing, pop-noir gems under her belt, Maeve Steele navigates the world around her through exuberant melodies and vivid lyricism. You can connect with Maeve Steele via the following links. Photo credit: SWOON LA. Bio taken from press release.
Website | Facebook | Instagram | Twitter | Spotify | iTunes/Apple Music | YouTube | Deezer