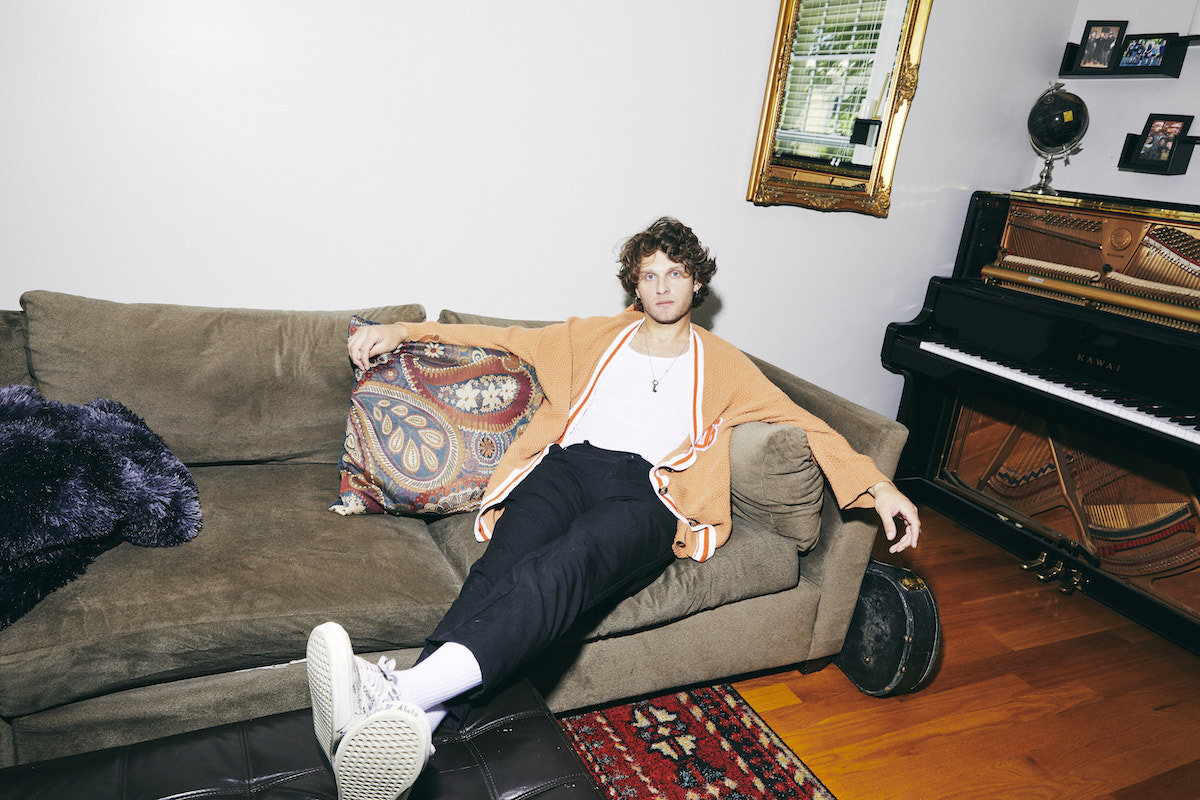 Joe P says, “Happy people is a song about being envious/jealous of everyone who isn’t you while at the same time being fully aware that if you did in fact have the same outlook as those very same people, you would go f**king insane.”

Having spent much of the past year on the road traveling with such like-minded artists as GAYLE, Middle Kids, and Joywave, joe p will return to the road with this fall with a North American tour opening for Spacey Jane, set to get underway October 10 with a sold out show at The Axis Club in Toronto, ON and then traveling into early November. Most dates – including an eagerly awaited two-night stand at New York City’s Bowery Ballroom (October 12-13), as well as shows in Boston, Washington, DC, Chicago, Vancouver, and Los Angeles – are already sold out. For updates and remaining ticket availability, please visit joepthehyena.com/.

When the onset of the pandemic brought about the dissolution of the band he’d fronted since eighth grade, joe p found himself in isolation with time to step out and experiment on his own. From the refuge of his New Jersey basement studio, he threw himself into writing, recording and producing his most personal material to date. Posting homegrown ideas to TikTok, joe p watched as his raw acoustic videos drew millions of views and over 300K followers in just a few months. Among those new fans was Apple Music’s Zane Lowe, who kicked joe’s career into hyperdrive by duetting alongside his self-made “Fighting In The Car” video. A deal with Neon Gold/Atlantic was quickly followed by the acclaimed release of joe p’s acclaimed debut EP, Emily Can’t Sing, highlighted by such singles as “Leaves,” “Fighting In the Car,” and “Off My Mind,” the latter of which is currently impacting at Triple A radio outlets nationwide. Joe P released viral fan favorite track “All Day I Dream About” in August with a cinematic video, and the song proved Joe’s biggest first week streaming to date, including over 13k pre-saves. You can connect with joe p via the following links. Photo credit: Jimmy Fontaine. Bio taken from press release.