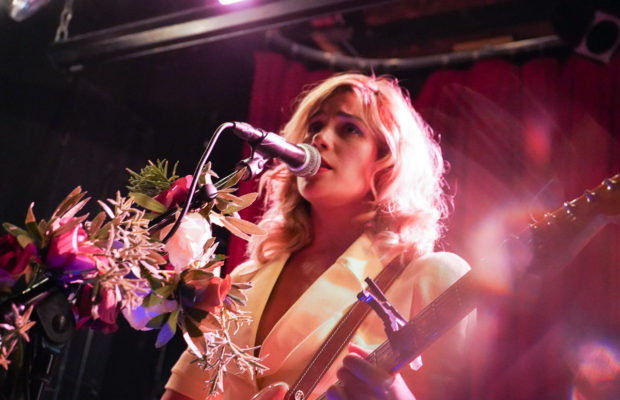 Thursday, August 23rd at Union Pool in Brooklyn, NY was the final of three sold out shows for Lola Kirke’s record release of her debut album Heart Head West that had come out on August 10th through Downtown Records.

She sang songs off of her LP Beyond Waves in a soothing voice that mesmerized the crowd and made you feel as if someone was right there enveloping you in their arms for a long hug that makes you feel warm inside and at peace—like being in the womb. Lola Kirke joined her for a song on stage and it was wonderful to witness their dynamic since they are sisters.

Continuing the mood of the night — the feeling of watching close friends on stage, was Cassandra Jenkins, a New York City based songwriter. Jenkins sang songs off her album Play Till You Win that had the audience and myself entranced with her soft lilting voice that left you wanting more.

Closing out the night was the star of the night, Lola Kirke—an English- born American singer-songwriter and actress. As soon as she got up on the stage she had the audience captivated. I love that her songs and lyrics come from personal experiences and that she’s not afraid to use her songwriting as an outlet for her pain, grief, and loneliness. Some examples from the songs she sang that night are as follows: “Supposed To,” explores the limits placed on womanhood while “Monster” feels like a letter that is being written to a struggling friend and “Sexy Song,” is about self worth.

Be sure to check out each of these artists if you haven’t done so already. They put on amazing night of music and I would definitely want to see each one of them again.